How much Kobe Bryant and others make in a minute compared to a minimum wage worker. 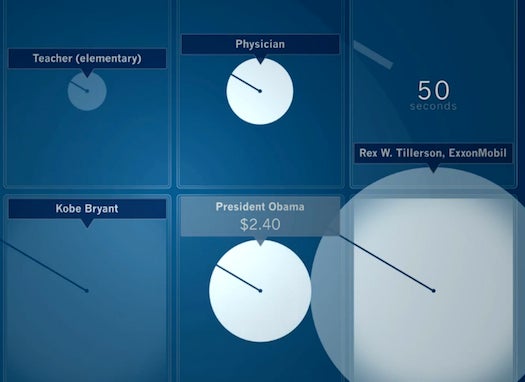 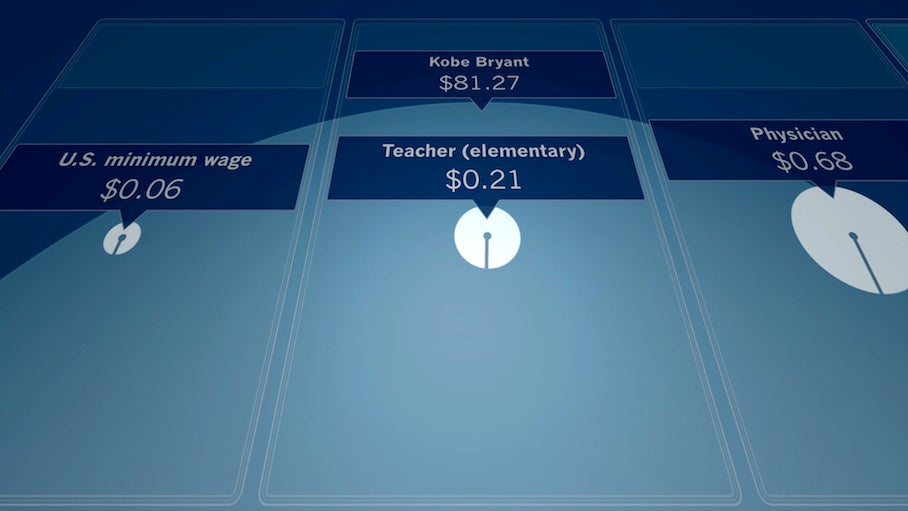 CNNMoney has published an awesome visualization by artist Bård Edlund showing how much various people make in one minute. On the chart (and quickly moving past it) are Kobe Bryant and Exxon Mobil Corporation CEO Rex Tillerson. Also included are median and minimum wage workers, President Obama, the average teacher, and the average doctor. 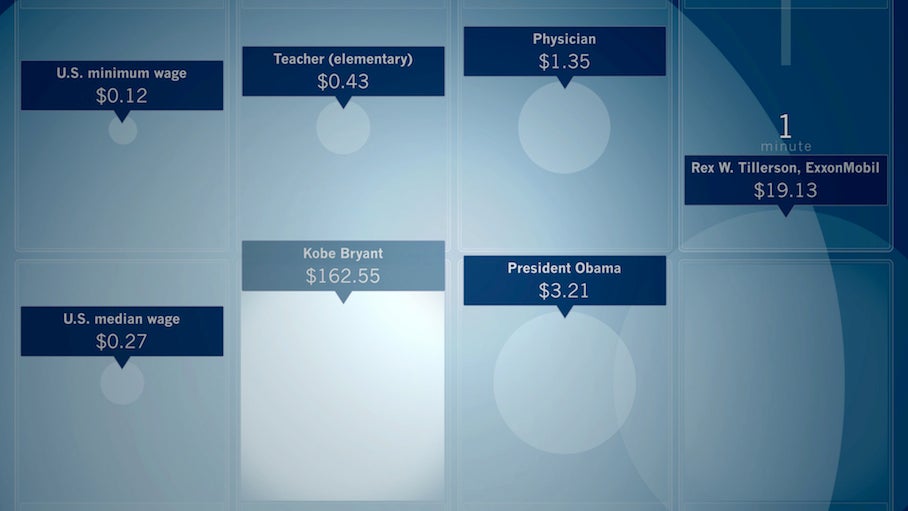 No surprises here: some professions make a lot more than others. But apart from the difference in wages between professions, a second-by-second breakdown of wages is fascinating. How long, for example, does it take Tillerson to make enough dough for a cup of coffee? Less than 10 seconds, probably. Considering how long it takes to order a cup, he’s still going to be making money while waiting in line. So is Kobe (natch), and so is Obama, likely. 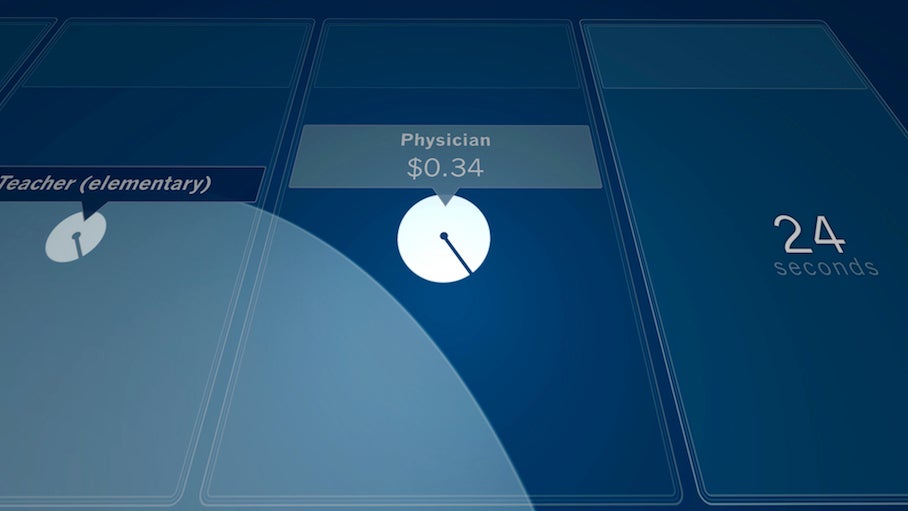 There’s a wide enough variety of people and careers on the visualization that you can probably guess where your own expanding circle would fall, too. 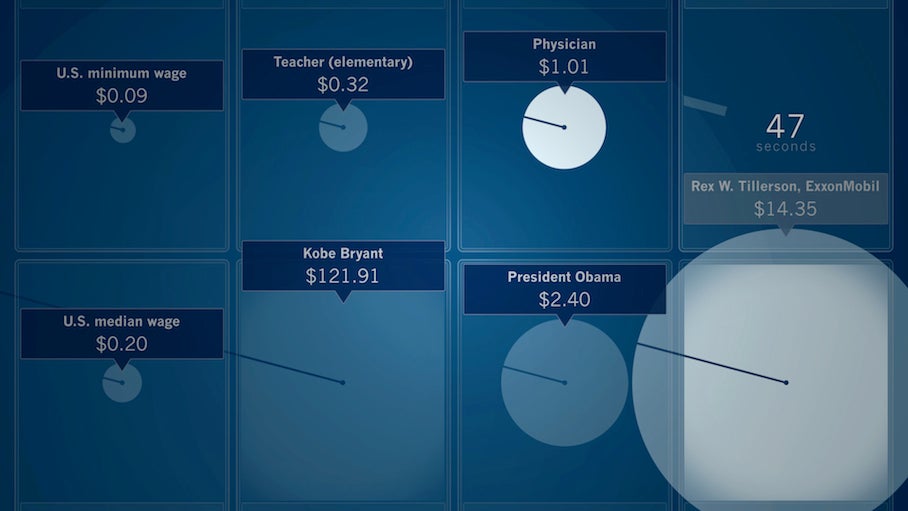