Hospitals Earn More For Mistakes Than For Flawless Surgeries 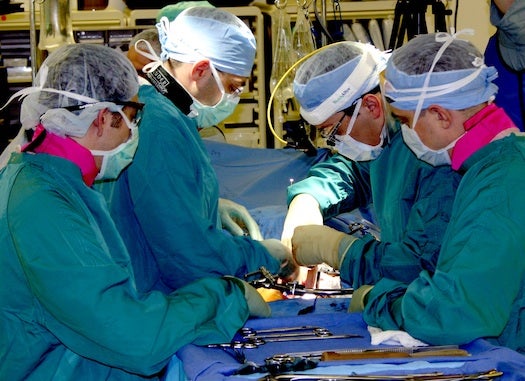 Hospitals make more money when they make mistakes during surgery, and reducing mistakes could actually cut into a hospital’s profits, according to a new study.

The study’s authors suggest that changing the way people pay for hospital care could reduce complications, while maintaining the status quo could keep hospitals from trying to improve. On average, a surgery with complication netted a hospital $1,749 more for every patient on Medicare, or $39,017 more for a patient with private insurance, compared to a complication-free procedure.

The study doesn’t mean that surgeons deliberately make mistakes to rake in the dough for hospitals, David Sadoff, one of the study’s authors and a managing director at the Boston Consulting Group, told The New York Times. “We don’t believe that is happening at all,” he said. But it does mean that without change, there’s little incentive to improve.

Sadoff and his colleagues—including researchers from the Boston Consulting Group, Harvard University and Texas Health Resources, which runs three large, nonprofit hospitals—had some specific suggestions for fixes, The New York Times reported. They recommend that insurers should not pay for poor care, but should give out bonuses for complication-free procedures. They also suggest that hospitals be required to post their complication rates publicly, so that people may choose to avoid poorly performing ones, forcing those places to change or close.

The researchers got their numbers from analyzing the medical charts from more than 34,000 surgeries at Texas Health Resources. Inspiration for the study came in part from the fate of previous studies that showed a simple checklist could drastically reduce surgical mistakes. (You may have seen the 2007 New Yorker article describing it.) In spite of the evidence, not many hospitals tried the checklist, Atul Gawande, The New Yorker article’s author and a Harvard University surgeon and medical professor, told The Wall Street Journal. “We wondered whether finances were playing a part in it,” Gawande said.