Honey is bees' best medicine, so maybe we shouldn't take all of it from them. 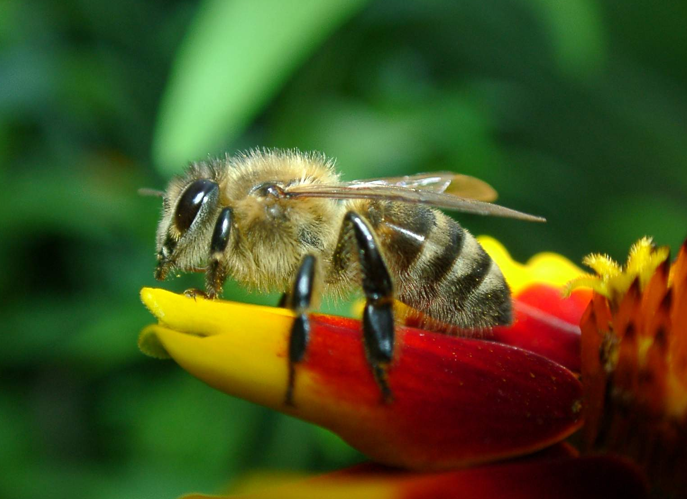 Honey is good for you, and it’s a nice natural substitute for sweeteners like table sugar or high-fructose corn syrup. But it’s good for bees as well–and vitally important to their well-being, as it turns out. Honey contributes a detoxifying effect that can protect bees from pesticides.

For American agriculture, bees are valuable not for their honey, but for their pollination services–without them, you wouldn’t have almonds, blueberries, tomatoes and a long list of other crucial crops. For this reason, bees are often hired out by the hive to pollinate farmers’ fields. That means they are exposed to a wide range of pesticides meant to ward off other insects. But honeybees throughout North America have been dying by the millions for a decade now, often simply disappearing from their hives never to return. The phenomenon now known as colony collapse disorder has many possible culprits, from pathogens to pesticides.

Researchers are making headway in mapping the genes that help bees overcome these obstacles, including which genes help them safely break down pesticides. Now researchers have identified several compounds that help turn on those genes. They’re present in honey, something commercial bees don’t get to keep–their food supply is taken for human use, and bees are feed sweet substitutes like corn syrup.

Wenfu Mao and colleagues found three compounds in honey that increase the expression of a gene that helps bees metabolize pesticides. The most important chemical is something called p-coumaric acid, which is found in pollen cells. By eating honey, which contains pollen, the bees are exposed to a compound that basically boosts their ability to break down dangerous chemicals. So honey substitutes like high-fructose corn syrup may compromise their health.

Scientists knew pollen ingestion helps bee health, but they haven’t been sure why. This study pinpoints one crucial reason.

“After comprehensive testing and development, p-coumaric acid may find use as an additive to honey substitutes to allow beekeepers to maintain colonies during food shortages,” the authors write, “without compromising the ability of their bees to defend themselves against the pesticides and pathogens that currently bedevil beekeeping in the United States.”

The paper is in this week’s issue of the Proceedings of the National Academy of Sciences.