The letters outline the experiments Charles Darwin performed at the end of his life, to support his theory of evolution. 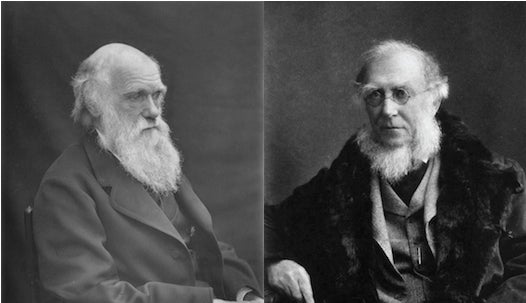 In a move that would have been unimaginable to the Victorian-age gentleman, the University of Cambridge is undertaking the largest-yet upload of letters to and from Charles Darwin. The university will post images of 1,200 letters online, including 300 letters that were previously unpublished.

The letters are between Darwin and his bff, botanist Joseph Dalton Hooker, with whom he worked out the theory of evolution, edited The Origin of Species, and talked about travel, literature, and family life. (“Did you administer the Chloroform?” Darwin asked Hooker upon hearing about the birth of Hooker’s first daughter. Darwin was a fan of chloroform for both father and mother during births.) The two exchanged 1,400 letters over their lifetimes, making up 10 percent of Darwin’s surviving correspondence.

The 300 new letters come from the end of Darwin’s life and cover the experiments he conducted on evolution in plants and for his final book, The Formation of Vegetable Mold, through the Action of Worms.

The letters will appear on the Darwin Correspondence Project’s Hooker page. I just tried to find some of the later letters, but they don’t seem to be on the page yet. Nevertheless, there’s plenty to explore. The Darwin Correspondence Project, the University of Cambridge project dedicated to Darwin’s letters, has a top ten list Darwin-Hooker letters, including Darwin’s first description to Hooker of his idea that species can change:

I was so struck with distribution of Galapagos organisms &c &c & with the character of the American fossil mammifers, &c &c that I determined to collect blindly every sort of fact, which cd bear any way on what are species.— I have read heaps of agricultural & horticultural books, & have never ceased collecting facts— At last gleams of light have come, & I am almost convinced (quite contrary to opinion I started with) that species are not (it is like confessing a murder) immutable. Heaven forfend me from Lamarck nonsense of a “tendency to progression” “adaptations from the slow willing of animals” &c,—but the conclusions I am led to are not widely different from his—though the means of change are wholly so— I think I have found out (here’s presumption!) the simple way by which species become exquisitely adapted to various ends.

P.S. Can’t get enough of scientists’ old letters? Check out this list of “sins” Isaac Newton wrote that he committed in 1662.