Analysis: Russian Meteorite Was An Everyday Space Rock, Common Throughout The Solar System

But it was still notable for its size, and its well-recorded demise in the atmosphere. 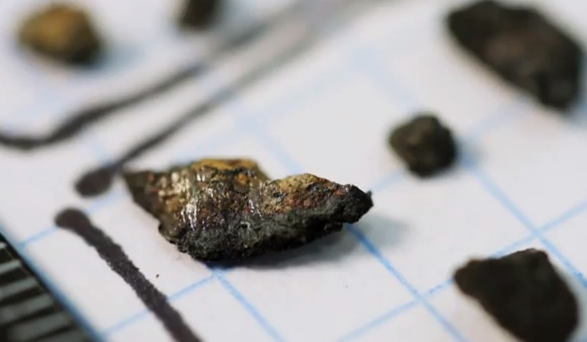 The giant space rock that exploded above Russia earlier this month spent about 4.5 billion years cruising around the solar system before its fiery arrival in Earth’s atmosphere. It was just an average asteroid, albeit a big one at roughly 10,000 tons. Scientists who have been analyzing it at the Urals Federal University say it was a chondrite, the most widespread space rock in our neighborhood.

Over the weekend, teams of volunteer skiers covered about 31 miles of the meteorite’s “strewing field,” which is the name for the elliptical shape in which meteorite debris can be found. Researchers gathered more than 100 fragments in their latest expedition to the Chelyabinsk region, according to university officials who spoke to Russian media. The largest recovered so far weighs in around a kilogram, or about 2.2 pounds, although more precise measurements still have to be made.

Now that scientists are beginning to get a handle on what the rock was made of, they can start to piece together more information about its history.

The rock, which will likely be dubbed the Chebarkul meteorite, can be further classified as an aerolite, according to UrFU. Scientists have already detected strange minerals like olivine, pyroxene, troilite, kamacite and taenite, according to Viktor Grokhovsky, an associate professor of physics and technology who is leading the meteorite-hunting expeditions. The meteorite is stony and contains about 10 percent iron. Here’s a video with some images–it’s in Russian, so we have no idea what they’re saying, but there are lots of nice meteorite samples you can look at:

An earlier excursion returned about 50 meteorite pieces that were found near a hole on Lake Chebarkul. Those pieces were smaller than a centimeter.

Helicopters have also been aiding in the search, and so have amateur meteorite hunters who have started hawking their wares on eBay and other places. Meanwhile, things are getting back to normal in the Chelyabinsk region — one-third of people who were hospitalized were released on Friday, and more than 4,000 out of 5,000 damaged buildings have been provided with new windows, according to the Interfax news agency. 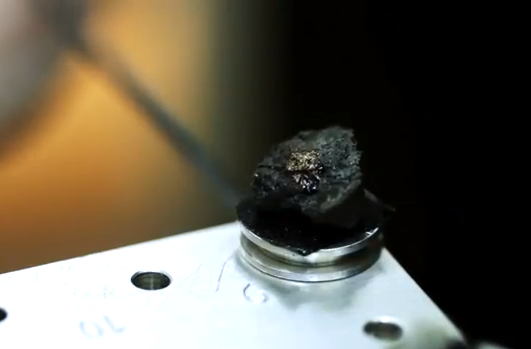