The Master Memories of Savants

Whether people acquire savant syndrome or are born with it, they exhibit a range of astounding skills. Most share one common thread: tremendous memory. 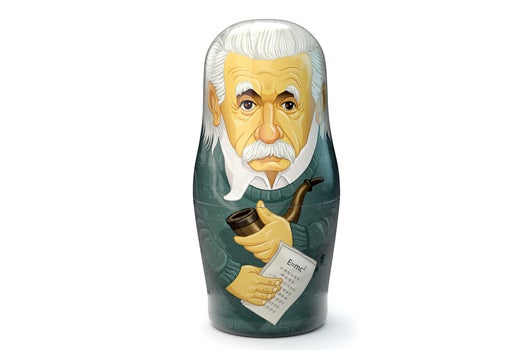 The inspiration for Rain Man, Peek could read two pages of a book simultaneously (one with each eye) and instantly commit them to memory. His recall of more than 12,000 books made him a walking encyclopedia. Peek, who died in 2009, could also sum columns of numbers in the telephone book.

Wiltshire, who is autistic, was drawing buildings by age 8. As an adult, he has created stunningly accurate portraits of cities from memory. In 2007, he flew over the Thames for 15 minutes, then sketched seven square miles of London’s streets, rivers, and buildings, precise down to the windows.

Blind since birth, Lemke has a verbal IQ of 58. When he was 14, his family watched a movie featuring a Tchaikovsky piano concerto. Hours later, his mother awoke to the music and discovered Lemke playing it. He has performed around the globe and can reproduce thousands of songs from memory.

The identical-twin autistic savants can name the day of the week for any date, past or future. They also have prodigious autobiographical memory and can recall what they had for dinner on any given night, what they were wearing, what the weather was like, and what they did that day.

Tammet can recite pi to 22,514 decimals, master a new language in one week’s time, and perform lightning-quick calculations. Asked by one researcher to compute 37 to the power of 4 (answer: 1,874,161), he did so instantly. He perceives numbers and days as having distinct colors and emotional tones.

An acquired savant, Carollo gained exceptional mathematic ability after recovering from a severe auto accident at age 14. Just months later, he achieved a perfect score on a geometry mastery test without having studied. He later passed calculus exams, though he’d never taken trigonometry.

Read our feature on savants from the March 2013 issue.