Roku, Hex and Chimero are the world’s first primate chimeras—individual monkeys made from multiple fertilized eggs of the same species.... 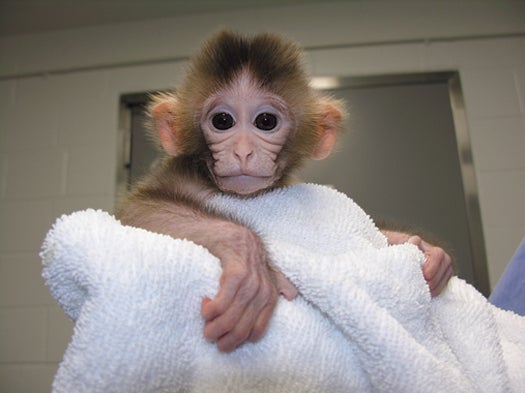 Roku, Hex and Chimero are the world’s first primate chimeras—individual monkeys made from multiple fertilized eggs of the same species. Each animal has six different sets of genes instead of one.

To produce each monkey, biologist Shoukhrat Mitali­pov and his team at the Oregon Health and Science University placed six separate four-celled embryos into a petri dish and, using a micropipette, nudged them into a single aggregation. After a few days, the researchers implanted the aggregation into an adult female macaque. The resulting young have cells descended from each of six embryos evenly distributed throughout their bodies. 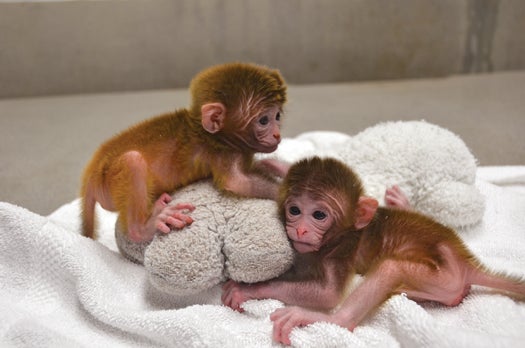 Researchers make chimeras in order to create better models for studying human disease. For example, to study human cancers, scientists produce chimeras to delete or mutate certain cell-growth genes and thus produce mice that develop tumors. But mouse models are only so useful—more than 90 percent of drugs tested in mice in the laboratory fail when used on people. Chimeras, on the other hand, could enable scientists to perform similar mutations and drug research in nonhuman primates, which are biologically closer to humans, and therefore more likely to produce helpful data. One result may be more medical research on primates, though, which raises ethical questions.