It’s time once again to celebrate all the weird and wonderful creatures scientists have found on Earth in the past... 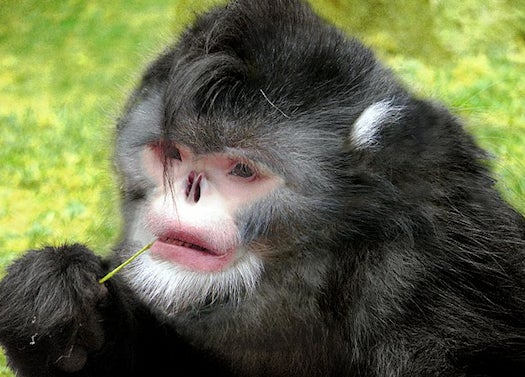 Found by scientists conducting a gibbon survey in the mountains of Myanmar, Rhinopithecus strykeri, a snubnosed primate, is critically endangered. It sneezes when rain gets inside its snout, and can be found by waiting until the weather turns and listening for sneezes in the trees. Thomas Geissmann/Fauna & Flora International
SHARE

It’s time once again to celebrate all the weird and wonderful creatures scientists have found on Earth in the past year. Arizona State University compiles an annual list of the top 10 new species found in the last 12 months, and shares the list on May 23, Carl Linnaeus’ birthday. The father of classification would no doubt be pleased with some of the names on this list — they include a mushroom named for a cartoon character, a worm named for the Devil and a jellyfish named “Oh Boy,” because that’s what people should exclaim when they behold it.

The list also includes a terrifyingly skull-looking sneezing monkey; a blue tarantula; a sausage-sized millipede; a night-blooming orchid; and much more.

Some of the species are just plain odd, and others demonstrate how little we still know about this planet. Take the new nematode species Halicephalobus mephisto. It’s named for Faust’s demon Mephistopheles, because it lives in hellish, hot conditions in the bowels of the Earth. It was discovered in a mine in South Africa, and carbon dating suggests the worms have been living there between 3,000 and 12,000 years. The worm was a brilliant find for exobiology, because it proved that multi-celled organisms can subsist completely isolated from other complex ecosystems.

Then there are beauties like Pterinopelma sazimai, an iridescent blue hairy spider from Brazil. It’s so pretty you almost forget that it is a gigantic hairy spider.

I am particularly fond of Tamoya ohboya, a poisonous but pretty jellyfish that looks sort of like a kite with flowing, colorful tails. Citizen scientists were invited to submit names for the species and a teacher won with “ohboya,” assuming that people who see it or are stung would shout “Oh boy!”

Some strange flowers, a very large and a very small insect, and others round out the list. Check out our photo gallery for the full collection.

Found by scientists conducting a gibbon survey in the mountains of Myanmar, Rhinopithecus strykeri, a snubnosed primate, is critically endangered. It sneezes when rain gets inside its snout, and can be found by waiting until the weather turns and listening for sneezes in the trees.

Tamoya ohboya, from the Dutch Caribbean, had already been seen by several people before getting the offical taxonomical treatment in 2011. It got the name ohboya after a naming competition, where a high school biology teacher suggested the only appropriate reaction was, “Oh, boy.” 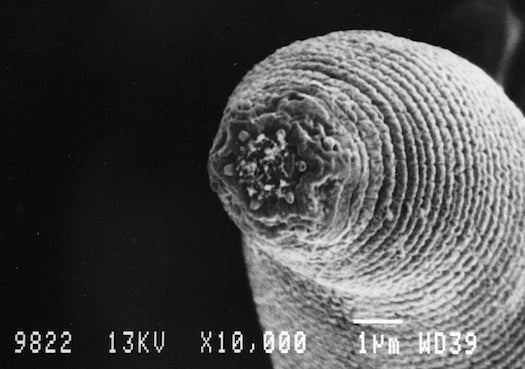 Measuring a massive 0.5 mm, Halicephalobus mephisto, discovered more than a kilometer underground in a South African gold mine, is easy to miss (the water it lives in hasn’t even felt the atmosphere in 4,000 to 6,000 years). But the implications of it could be big: It offers some hope to find life on other planets way below the surface. 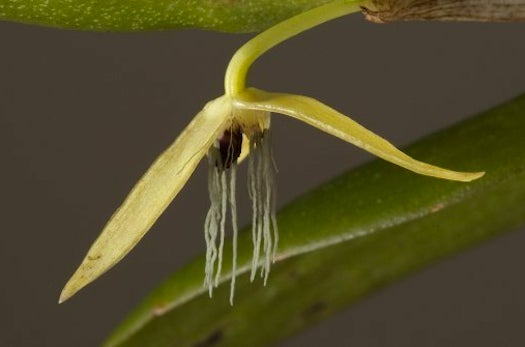 Bulbophyllum nocturnum, the first orchid known to bloom at night (from about 10 p.m. to 10 a.m.), was discovered from a single plant, and there’s no telling how much family it has. It might not last much longer, either, as logging in New Guinea eats away at its habitat. From Madrid, the Kollasmosoma sentum is a natural-born assassin in the insect world. It flies at one centimeter above the ground, waits for an ant to cross its path, then puts an egg inside the ant in 0.052 seconds. Check out the process in this (short) video. 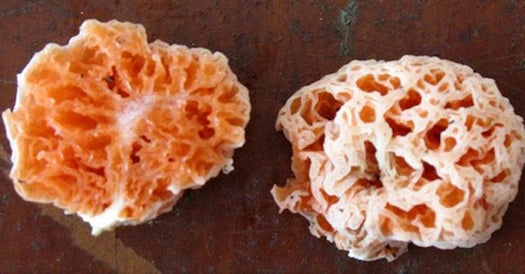 Like its cartoon counterpart, the Malaysian Spongiforma squarepantsii is endlessly resilient, condensing when squeezed then returning to its normal size. It also has a fruity smell, reminiscent to the discoverers of Spongebob’s “pineapple under the sea” home. 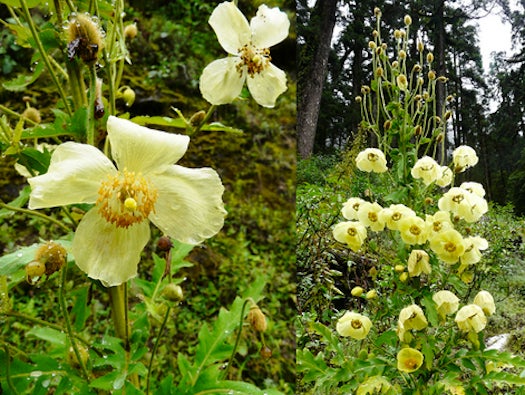 Growing at elevations of more than 10,000 feet in the mountains of Nepal, it’s no surprise Meconopsis autumnalis hasn’t been found before–except it has, twice. Once in 1962 and once in 1994. Both times it was written off as a known plant. Only this year did botanists realize what it actually was. 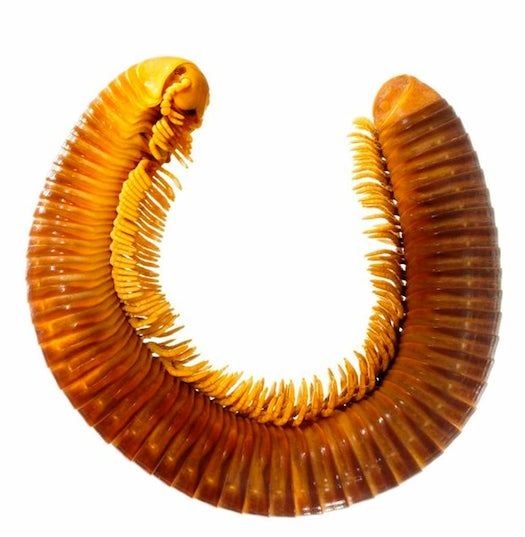 At 16 cm, Crurifarcimen vagans sets a local length record in Tanzania, a hotspot for rare and diverse species. It has 112 legs to heft its weight through the decaying trees where it stays. 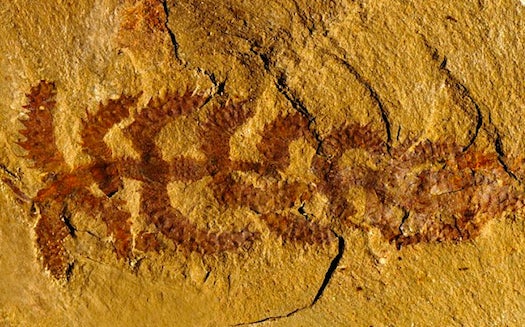 Not really a cactus, traces of the now-extinct, worm-like Diania cactiformis were found in Cambrian deposits in southwest China and are thought to be about 520 million years old. The big news is that D. cactiformis, part of the lobopodia group, has similar traits to arthropods (insects, spiders and crustacea), suggesting they share a recent common ancestor. 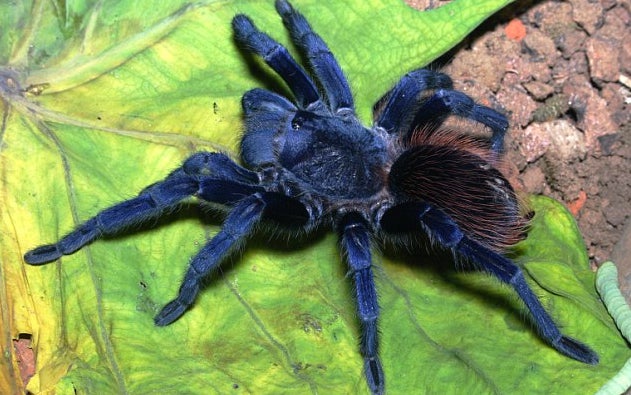 Brazil is a regular contendor on lists like these, with animals and flora regularly being discovered in the Amazon and other biologically diverse areas. The electric blue of Pterinopelma sazimai makes it stand out, even in a roster like that, and although it’s not the first blue tarantula, it might be the brightest ever seen.
Animals
giant spider
new species
primates
Science