This week’s image roundup is a particularly good one: the best “blue marble” picture we’ve ever seen, a video of... 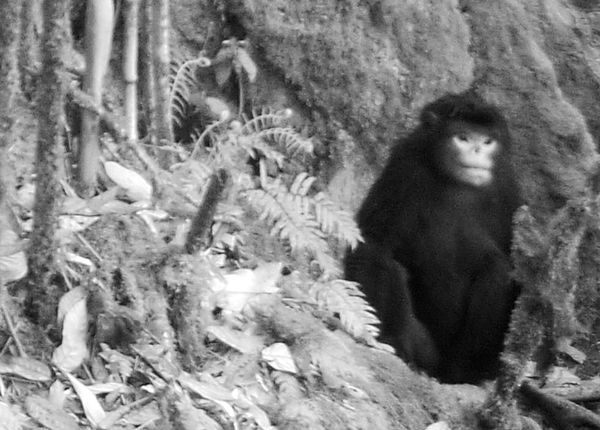 We love all living creatures here at PopSci, but that doesn't stop us from getting a little creeped out at the, you know, nightmarish appearance of this rare Burmese snub-nosed monkey. It's the first time the species has ever been photographed live; the only other time it's been professionally photographed is after it was killed (and just before it was eaten (warning: graphic image)). Read more at National Geographic. FFI/BANCA/PRCF
SHARE

This week’s image roundup is a particularly good one: the best “blue marble” picture we’ve ever seen, a video of the aurora resulting from the biggest solar storm in seven years, a foldable car, a stunning green-energy art installation, blah, blah, blah. All great. But what we really want to talk about is that ultra-creepy snub-nosed monkey, or, as we’ve christened it, the Hell-Monkey of Doom. Feel free to describe in detail exactly how much this picture (and a Google image search for the snub-nosed monkey) gave you the shivers.

Click to launch our guide to the upcoming year in science. 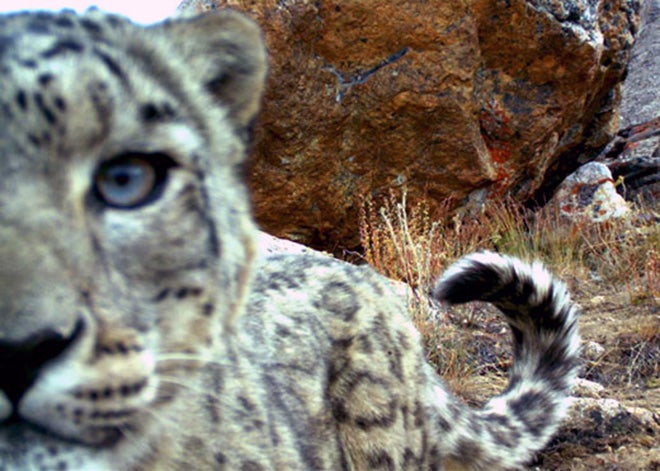 A camera trap in Tajikistan, near the Afghan border, was set to capture snow leopards. It wasn’t specifically designed to capture the moment when a snow leopard cub smacked the camera and then made off with it as a toy, but hey, we’ll take what comes. Read more at Wired. 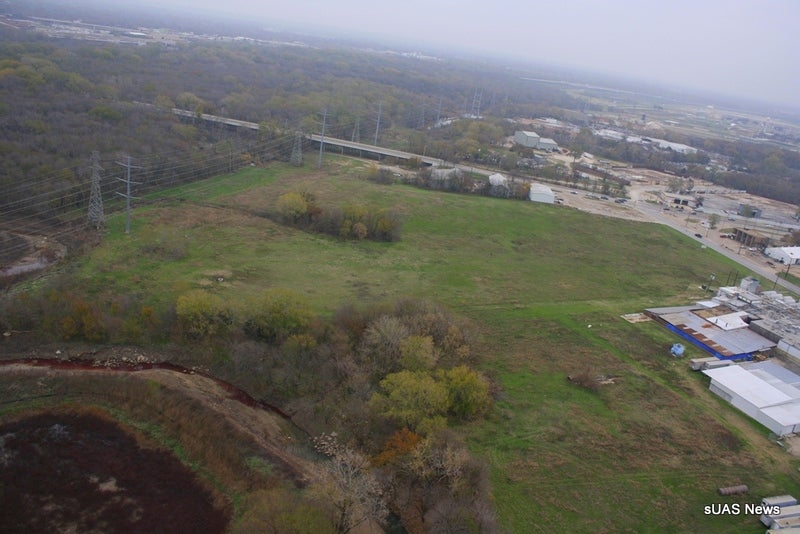 An amateur pilot flying his drone around Dallas, Texas took a look at the pictures the drone was taking, and noticed something a little…odd. See that “river” down in the lower left corner? Is that blood? Turns out the photograph was taken just downriver from a pig processing plant. Investigations are currently underway to figure out just what the hell is going on down there. Read more at sUAS News. 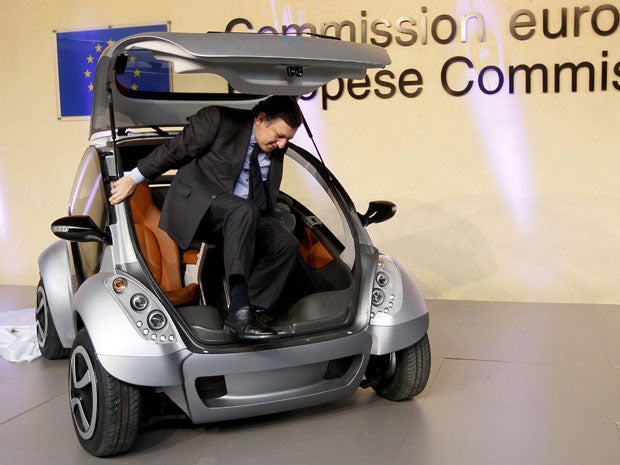 This tiny foldable car, christened Hiriko (Basque for “urban”), is the final result of a long-promised project from the MIT Media Lab, which we write about pretty much as often as we can. It’s an electric two-seater car with no doors and no trunk–the motor is actually four motors, and located in the wheels–and folds up sort of like that GM EN-V we drove at last year’s CES. Read more here.

We love all living creatures here at PopSci, but that doesn’t stop us from getting a little creeped out at the, you know, nightmarish appearance of this rare Burmese snub-nosed monkey. It’s the first time the species has ever been photographed live; the only other time it’s been professionally photographed is after it was killed (and just before it was eaten (warning: graphic image)). Read more at National Geographic. 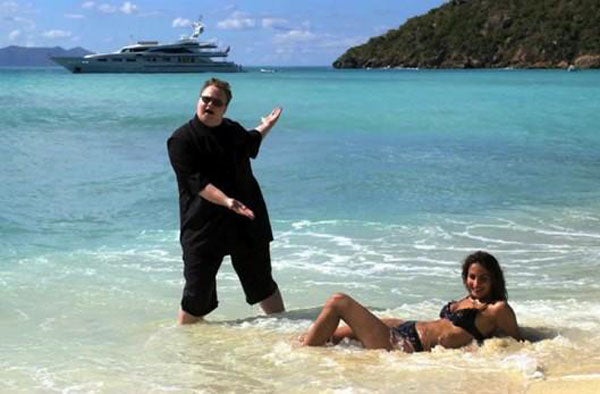 Kim Schmitz, better and more hilariously known as Kim Dotcom, is the founder of MegaUpload, as well as its surrounding sites (i.e. MegaVideo), was arrested earlier this week. He is amazing. This list of 14 pictures of the man (who’s made an estimated $175 million from MegaUpload) include many candid shots of Dotcom posing with ladies, and sometimes in bubble-baths. Warning: The next image is a bit graphic. If you’d like to skip it, click here to go on to the following slide. One of the great Fritz Goro’s scientific photographs, this shows an attempt to remove a 104-day-old monkey fetus from its mother’s womb, attach heart and blood sensors to it, and then reinsert it. See it larger here. 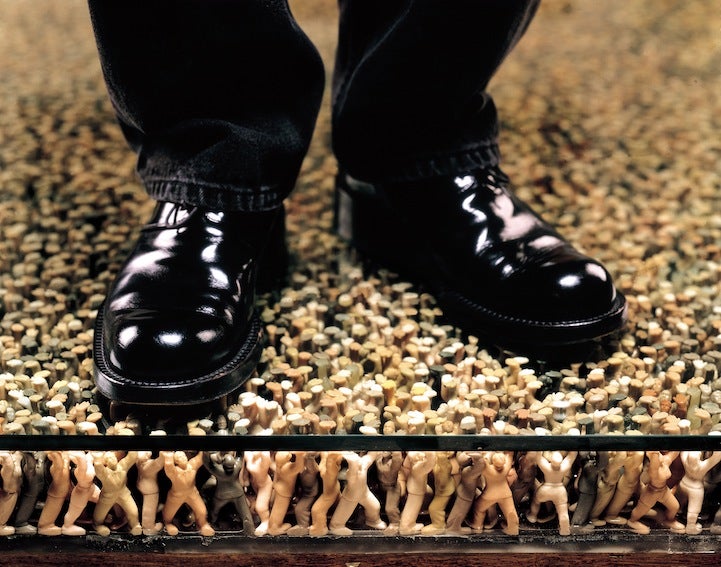 This piece, from Korean artist Do Ho Suh, consists of 180,000 tiny plastic people holding up a thick sheet of glass. You can totally stand on it. It’s showing at the Singapore Tyler Print Institute until February 11th. [via Gizmodo] 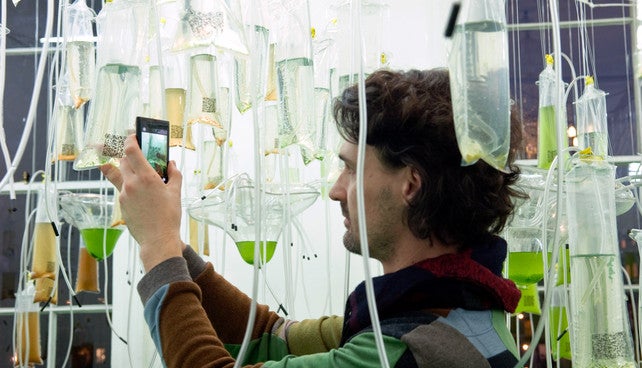 The HORTUS (Hydro Organisms Responsive To Urban Stimuli) greenhouse, a project by EcoLogicStudio at the Architectural Association School, is in some ways just like a regular greenhouse–except what’s growing is all in bags, and it’s all algae, and it’s interactive (you blow into the bags to feed them carbon dioxide), and it’s designed not to look at or to eat but to provide energy. Still, though. Sort of like a regular greenhouse. Read more at FastCoDesign. 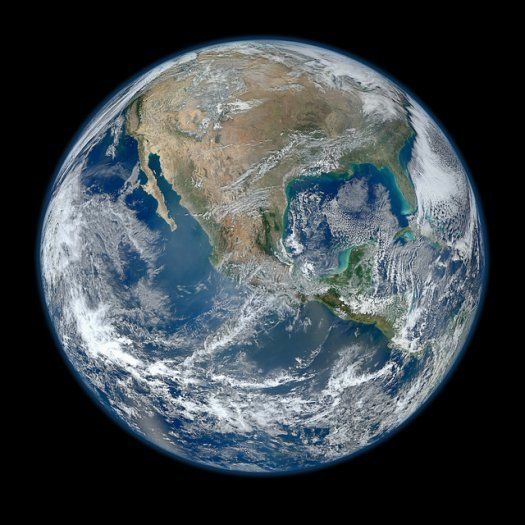 Can’t get enough of this marble. 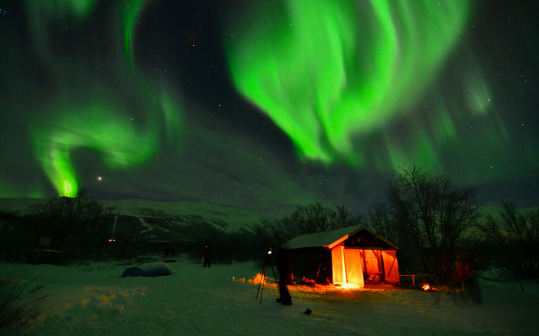 The biggest solar storm in seven years may not have had any real ill effect on us, but it certainly led to some incredible auroras for those who live in the far-ish north. This is one of our favorite videos taken during the auroras.
galleries