To Track Mental Illness, Researchers Are Taking the DNA Of Century-Old Brains In Jars

DNA extracted from canned human brains could help researchers studying mental health disorders, if scientists can figure out how to... 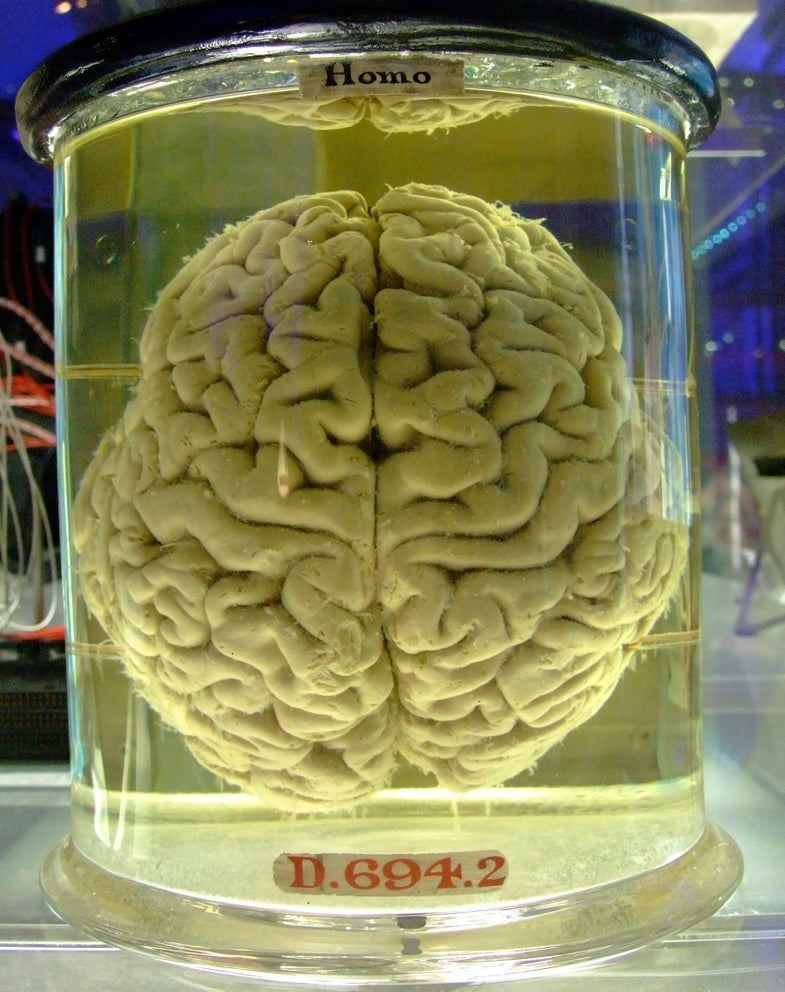 DNA extracted from canned human brains could help researchers studying mental health disorders, if scientists can figure out how to mine it. Preserved brains taken from autopsied patients — some dating to the 1890s — could serve as a new archive of old data related to mental health.

The Indiana Medical History Museum in Indianapolis owns a collection of preserved brains and brain chunks that were taken from mentally ill patients during autopsies. An Indiana University pathologist has been trying to extract DNA from them to search for genes related to schizophrenia and other disorders, a Scientific American story says.

Certain gene variants are thought to be related to schizophrenia, but scientists haven’t isolated a single mutation or series of mutations that can be directly linked to the disease (or other mental health disorders, for that matter). So studying preserved brain specimens could add to the body of evidence. But a mentally ill person’s brain is difficult to come by — autopsies are on the decline, for one thing, and institutions that do maintain brain donation banks tend to guard them carefully, SciAm says. Enter the jellied brains.

As an added benefit, the preserved samples also come with detailed clinical notes, which can help modern researchers make post-mortem diagnoses. And perhaps most usefully, the brains have not been altered by modern medicines, offering an untainted view of the physiology of a schizophrenic mind. Extracting DNA and RNA from these jellied brains has proven difficult, however, although researchers were able to extract DNA after the samples were stored in liquid nitrogen. The work has not yet been peer-reviewed or published, but if the DNA extraction methods are validated, it could yield a new database of brain information. Check out the full story over at Scientific American.