For today’s Nobel Laureates in Physics, it was pretty much a matter of when, not if. When the three winners... 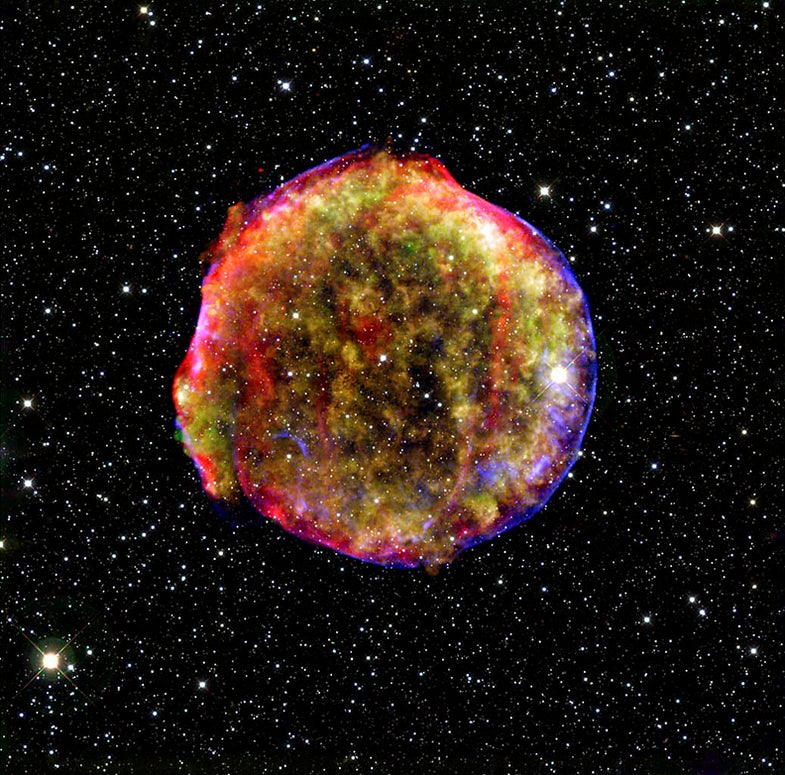 For today’s Nobel Laureates in Physics, it was pretty much a matter of when, not if. When the three winners and their teams announced back in 1998 that the universe was not only expanding, but accelerating, they shook cosmology to its core: Their findings said the universe would end not with a bang, but a whimper.

And the question of why — the mysterious force of dark energy, which accounts for about three-fourths of the mass-energy of the entire universe — is one of the greatest questions in modern science.

Saul Perlmutter, Brian Schmidt and Adam Riess won for their shared discovery that the cosmos is expanding at an accelerating rate. They used ground and space telescopes to map the most distant Type Ia supernovae, and found these exploded stars seemed dimmer than they should have been. Type Ias are used as standard candles because astronomers know their brightness, which is extremely consistent, and can use this to measure their distance from us.

But measurements showed that these standard candles were not properly bright; they were fading. Something was going on, and it could easily have been blamed on the technology, or maybe the calculations. But both teams — the Supernova Cosmology Project and the High-z Supernova Search Team — found the same thing. The data showed that these standard candles were moving away at an accelerating rate.

This was an astounding finding. Everyone knew since Edwin Hubble that the universe was being flung apart as a consequence of the Big Bang, some 13.7 billion years ago. But for it to be speeding up? It meant something else was at work, a force much more mysterious and bizarre than anyone had thought. No one knows what this force is, but after another decade of calculations, physicists know it makes up about 74 percent of the universe. “We call it dark energy to express ignorance,” Perlmutter said in a lecture I attended in 2008.

The work is exciting by itself, but these physicists are also some of the best young science evangelists you’ll meet. Perlmutter, 52, is an animated and enthusiastic speaker, the exact type of person you want explaining phrases like “baryonic oscillation” and the Big Fade. He has continued his dark energy research as a senior scientist at Lawrence Berkeley National Laboratory. He wants a supernova observatory, the Supernova Acceleration Probe (SNAP), to be built like a Works Progress Administration project: “Everybody talks about dark energy, but nobody does anything about it,” he said back then.

Riess, who is just 41, is an astronomer at the Space Telescope Science Institute and a professor at Johns Hopkins University. He’s also the recipient of a MacArthur Foundation genius grant and numerous other honors for his cosmology work.

Schmidt, who is 44 and works at the Australian National University, conducted some of the calculations that verified Riess’ findings.

I still have Perlmutter’s business card on my desk, because that talk is one of the reasons I wanted to write about things like redshift and the cosmological constant. This is fundamental stuff — the everlasting nature and the future of all things, still enigmatic and mysterious but almost, because of Perlmutter, Riess and Schmidt, truly knowable.

“The findings of the 2011 Nobel Laureates in Physics have helped to unveil a Universe that to a large extent is unknown to science,” the Nobel Assembly wrote. “And everything is possible again.”