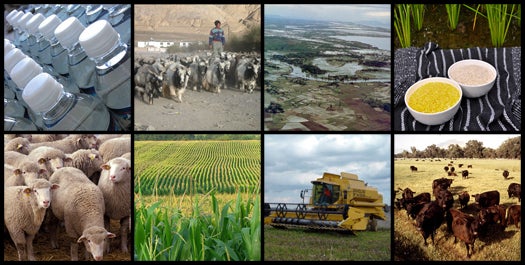 Monitoring the global food supply involves tracking data on agriculture, land use, fishing, forestry, food aid, nutrition and population growth. To make sense of it all, researchers at the Food and Agriculture Organization (FAO) of the United Nations built FAOSTAT, the world’s largest database of food and agricultural information, with more than a million statistics covering five decades and 245 countries and territories.

Using FAOSTAT, researchers can quickly determine that in 2000, humans consumed 249 more calories per day than they did 20 years earlier; that 70 percent of the water that humans use goes to agriculture; that nearly two billion sheep and goats exist in the global herd; and that even though the planet produces enough food to feed everyone, 13 percent of people in the world are undernourished. Last year the FAO made FAOSTAT free, and since then the number of users has jumped from 400 to 11,500.

Among them are governments and NGOs plumbing FAOSTAT for ways to feed people more efficiently. In one recent study, China’s Ministry of Agriculture compared FAO data on farmland use in 19 countries with the amount of staple foods those nations produce. One of the surprises: China’s farms have more workers than they need and would actually be more efficient if more people migrated to cities.