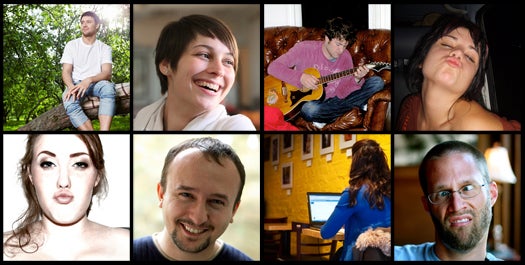 For the past two years, the four Harvard graduates behind the dating site OkCupid have been studying user data for insight into human behavior and sharing the results publicly. The site has seven million active members, each of whom answers an average of 200 personal questions.

In the process of messaging, chatting, exchanging photos, searching for each other, and winking at one another, they generate billions of data points that the company mines to study some often-delicate issues. Many of the findings are posted on the OkTrends blog, and some should make us uncomfortable: Black women reply to messages more frequently than any other demographic, but they receive the fewest responses from members of every race, including other black people. In contrast, white men receive more responses than members of any other group, yet they respond to women 20 percent less often than non-white men do.

Not all the findings are quite so heavy. Want to know what works in profile pictures and first-contact messages? If you’re a guy, be self-effacing; if you’re a woman, choose conversation-worthy photos over cleavage shots.