“We created a method to control individual atoms, to get them exactly where we want them, when we want them:...

By Mikkel Andersen, a physicist at the University at Otago in New Zealand, as told to Flora Lichtman | Published Apr 12, 2011 7:32 PM 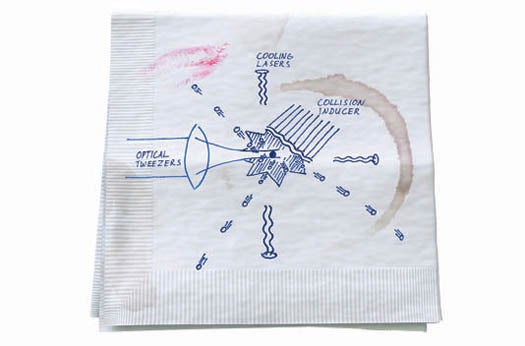 “We created a method to control individual atoms, to get them exactly where we want them, when we want them: an atom trap. Atoms are very fast, so we use powerful cooling lasers to slow them down. The lasers are on a table floating on air cushions, in a room without windows so we can’t harm people on the street. We need laser beams coming from all directions so there’s a force on the atom opposite its motion regardless of which direction it’s moving. It’s like a bicyclist’s nightmare: Whichever way you go, the wind is against you.

“Because an atom is so small, light can bring it from moving at the speed of sound to complete rest over about half a meter [about 1.6 feet]. That’s a bigger deceleration than a supersonic jet flying into a concrete wall. Then we turn on the optical tweezers —a tightly focused laser that creates a strong electric field, which pulls the electrons in the atoms in one direction and the nucleus in the opposite direction—attracting the atom to the high-intensity region of the beam.

“We then use another laser to induce collisions and make the atoms repel each other out of the trap. You consistently end up with just one atom left. Scientists only became confident that atoms exist 100 years ago. Now we let everyone who visits the lab trap their own atom and print the picture if they want to.”