Two atomic-scale studies announced in the past week could have major implications for the future of computing and information storage.... 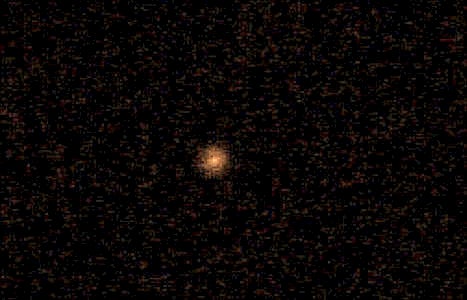 Two atomic-scale studies announced in the past week could have major implications for the future of computing and information storage. Last Friday, IBM researchers in Zurich announced they had measured how long a single atom can store information. And Monday, Kiwi researchers announced they had trapped a single atom inside a tractor beam and taken its picture. Taken together, both studies represent a major leap in the development of femtotechnology.

Scientists led by Mikkel F. Andersen at the University of Otago in New Zealand used lasers to slow down the frenetic movement of a group of rubidium-85 atoms, and then capture them inside optical tweezers. The method could catch and isolate atoms 83 percent of the time. Using the optical tweezers — really two lasers acting as a kind of tractor beam — Andersen’s team was able to hold a single rubidium atom in front of a camera designed for use in space, and snap its picture.

The process could simplify the process of building quantum-logic computers, which use small groups of atoms as information processors. Unlike binary computers, quantum processors could perform many difficult calculations at once, crunching data much more quickly. They could also (maybe) break secret codes that would otherwise be too hard to hack.

Andersen said his method would allow computer engineers to grasp 10 or so atoms at a time. The next step is to entangle the atoms so they can share information, he said.

Meanwhile, last Friday, IBM researchers published a study in the journal Science that also used advanced imaging to record individual atoms. Their measurements could help scientists see an atom’s electronic and magnetic properties, and it could help them engineer the spin of individual atoms to create spintronic devices.

IBM’s study used a scanning tunneling microscope to watch the behavior of individual iron atoms at a speed about a million times faster than previously possible. It worked like a high-speed camera freezing the motion of a hummingbird’s wings, as IBM Research explains.

Learn more about it in this video.