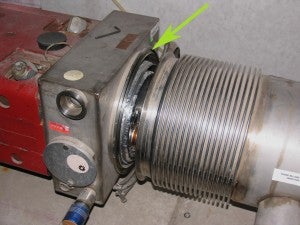 A faulty rubber O-ring threatened to take out the Tevatron for more than a week. Electrical tape came to the rescue. Symmetry Mag
SHARE 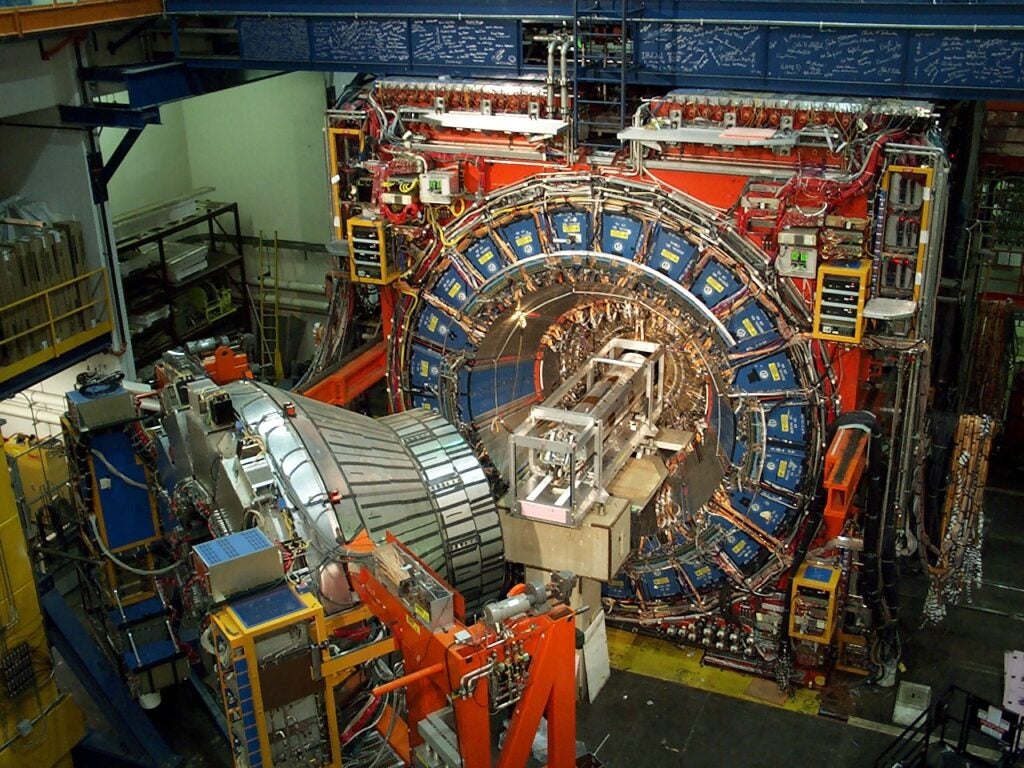 In particle physics, as in so many other parts of life, there are few things more useful than a trusty roll of tape.

Just before Labor Day, physicists working with Fermilab’s Tevatron wrapped up a planned four-week accelerator shutdown and were looking forward to getting back to work. But pressure started building in the Tevatron’s vacuum system, and experiments were halted while engineers isolated the problem. They found a faulty O-ring, which seals the vacuum between two superconducting magnets, according to an account on Fermilab Today.

The Tevatron is about four miles in circumference and involves about a thousand superconducting magnets, which accelerate protons and antiprotons to super-sized energies. The magnets are cooled with liquid helium so that they consume only one-third of the power they would normally require.

A faulty rubber O-ring threatened to take out the Tevatron for more than a week. Electrical tape came to the rescue.

Replacing the O-ring seal would have required shutting down the Tevatron for at least 10 days, so the system could be slowly warmed up from -500 degrees F. Engineers would need several days to take apart the tube, replace the O-ring, check all the systems and cool the whole thing down again.

According to Fermilab Today, accelerator division mechanical support supervisor Scott McCormick wasn’t having any of it.

Luckily, he and a colleague had already conducted an experiment to test the strength of tape. During a scheduled shutdown four years ago, they removed a clamp from a seal and wrapped it in electrical tape. The resulting vacuum held for more than a year, so they knew it would buy them some time until they could make a permanent fix.

So, instead of pausing for a new O-ring, engineers used a roll of 5/8-inch black electrical tape to fix the problem. After a day and a half of calibrations and checks, the Tevatron was up and running again.

Sometimes the most complex problems are best solved with the simplest solutions.