But it isn't water 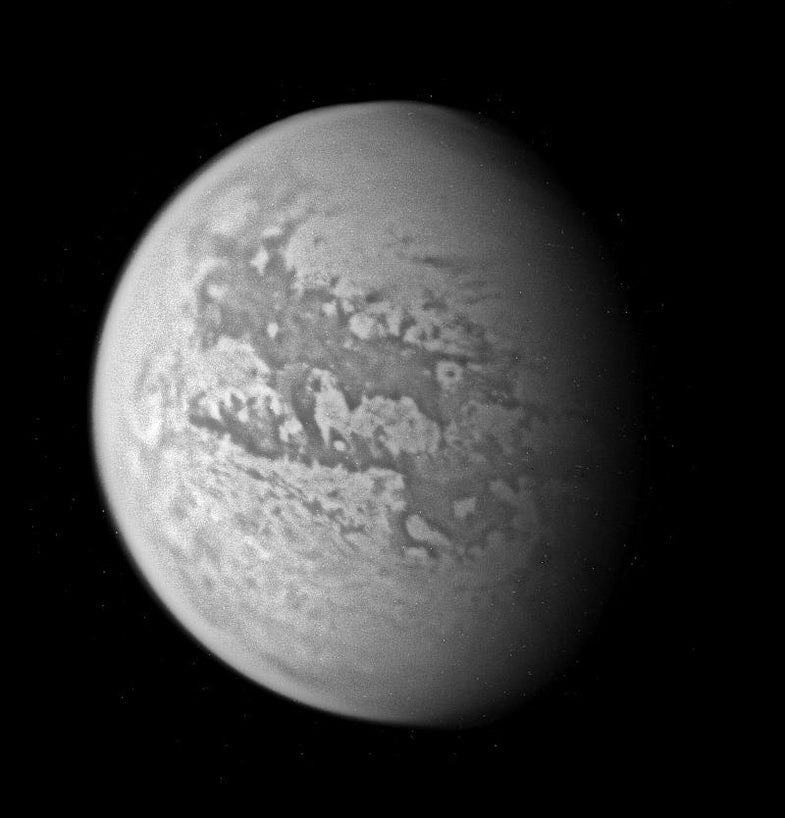 A picture of Titan taken by the Cassini spacecraft. Titan appears hazy thanks to its thick atmosphere. NASA/JPL/Space Science Institute
SHARE

The landscape is striking. Steep stone canyon walls, carved out by a swiftly moving liquid that now sits comfortably in the space that it has made, flooding the abyss.

It could be any flooded canyon on Earth, but this landscape is even more out of this world. In a paper published in Geophysical Research Letters, researchers announced this week that the Cassini spacecraft had found deep, flooded canyons on the surface of Saturn’s moon Titan, similar to canyons we see on Earth today.

“Earth is warm and rocky, with rivers of water, while Titan is cold and icy, with rivers of methane. And yet it’s remarkable that we find such similar features on both worlds,” Alex Hayes, a co-author of the study said.

Though the erosive liquid on Titan is hydrocarbon (like oil or methane) as opposed to water, the researchers think that the same forces that formed canyons like the Grand Canyon on Earth may have also formed the canyons on Titan — either by a sudden drop in sea level, which would have forced the liquid to rapidly cut down through the rock, or by the bedrock itself being forced up.

“It’s likely that a combination of these forces contributed to the formation of the deep canyons, but at present it’s not clear to what degree each was involved. What is clear is that any description of Titan’s geological evolution needs to be able to explain how the canyons got there,” Valerio Poggiali lead author of the study said.