Can We Predict PTSD With Saliva?

So treatments can target those who need it most 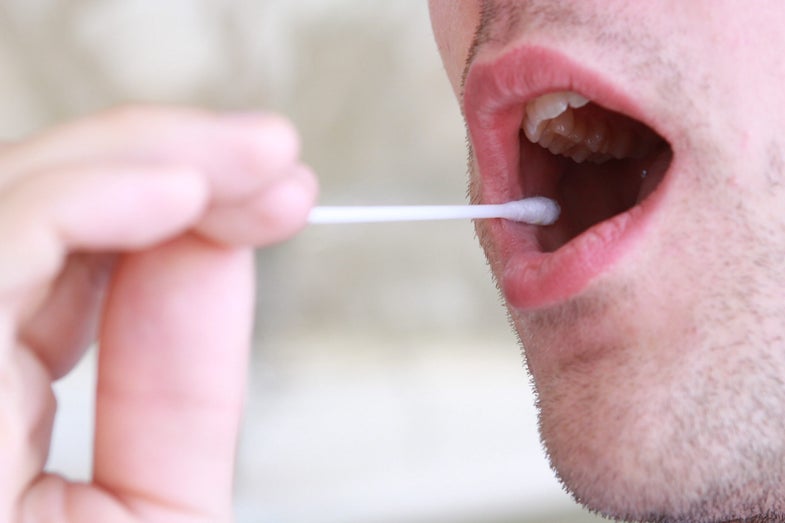 Maybe one day we could predict PTSD with a simple saliva test. Canadian Blood Services via Flickr
SHARE

If doctors knew which trauma survivors would develop Posttraumatic Stress Disorder, or PTSD, when the patients arrived at the emergency room, they could prevent it from occurring in the first place.

Sisi Ma, a research scientist at New York University’s Langone Medical Center, presented her work trying to do just that at the Leveraging Big Data and Predictive Knowledge to Fight Disease conference at the New York Academy of Sciences on Tuesday. Their goal was to identify markers that could tell doctors which of their patients would be most likely to develop sustained stress or PTSD.

While most people eventually recover after experiencing traumatic events, about 10 to 20 percent of individuals experience long-term stress that can have sweeping psychological effects.

Ma’s team collected data when patients were in the emergency room following a traumatic event, one week later, one month later, and four months after the emergency room visit. It was a relatively small study that only analyzed data from 166 trauma survivors. But it tested 135 different variables including patient history, blood and saliva samples, self-reported stress levels, as well as demographic information like income and gender.

One of the most telling variables was if people had an intense neuroendocrine response to the trauma. In other words, if the molecular changes that occur during fight-or-flight response were prolonged, that patient tended to experience more sustained stress, which overtime often leads to PTSD. Neuroendocrine levels can be measured using a simple blood or saliva test, which makes this variable particularly attractive to easily identify patients early on. Ma said they validated this finding in mice and are now trying to get a grant to conduct clinical trials next.

Another interesting outcome was the effect of childhood trauma. If patients had experienced significant trauma as kids, then they tended to cope with trauma in adulthood better–and were less likely to experience prolonged stress. Furthermore, if people admitted to feeling stressed, then they really meant it, and felt stressed longer.

As Ma moves forward with her clinical trial, she hopes to continue to uncover the best indicators to predict PTSD, so that those affected can get the support they need. “The thing is [sustained stress levels] only happened in a small percentage of the patients,” Ma said, “so if you can identify them early, it’s a huge savings of resources.”