‘Open Humans’ Wants To Be The Facebook Of Clinical Research

The online platform connects researchers with test subjects, and makes it easy to share data 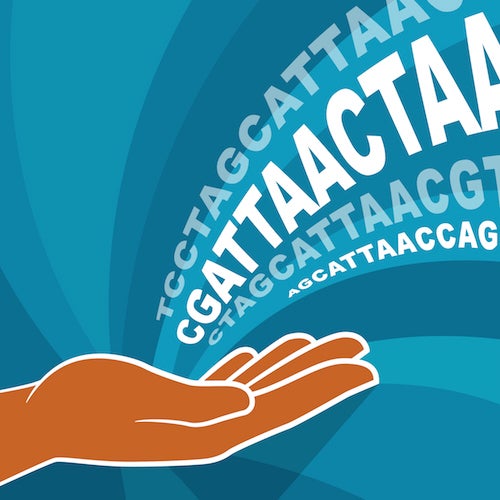 To make well-informed conclusions about health and medicine, scientists need a lot of data. Small studies don’t accurately represent the population at large, but scientists often have trouble recruiting enough test subjects to do powerful studies. Now an online platform called Open Humans hopes to bridge the gap between people who want to participate in studies and the scientists conducting them.

Researchers created Open Humans after nearly a decade of work with the Harvard Personal Genome Project (PGP). The PGP collected DNA from thousands of people for use in studies, and made much of the data available to the public in the process. “Over the years we had a lot of researchers come to us and say, ‘I want to recruit your participants into my research study because they have this amazing data,'” says Jason Bobe, now the project director for Open Humans. The PGP helped set up the partner studies on the condition that the scientists share the results with the participants and with PGP–an uncommon practice in a field where patient data is closely guarded and cloaked in anonymity. The data sharing was helpful to the Harvard project, which wanted as much complete information as possible, and to the participants who liked to know their own outcomes after they participated in a study. “The problem was that there was no platform available for the individual who signed up for multiple studies to be able to manage their data and create a longitudinal research profile,” Bobe says.

Open Humans launched last week thanks to $1 million in grants from nonprofit organizations. The platform aims to be a one-stop shop for study participants to learn their results and use their information to sign up for additional studies. If a participant has her genome sequenced for one study, for example, she can use that same genetic information to participate in another study that asks for it.

Since Open Humans makes it so easy for people to share their private information–with researchers and, optionally, with the general public–informed consent is critical. When someone signs up for a new study, the platform presents him with a number of recommendations for which datasets to share publicly and the risks involved. As the web site for the Personal Genome Project points out, researchers can’t guarantee that genetic information shared online will remain anonymous; past studies have found that people linked to their publicly available genetic data could be discriminated against for life and disability insurance. Participants signing up for studies on Open Humans are required to take a quiz on the information to show they understand the potential risks involved. No one under age 18 is allowed to participate.

For those concerned about privacy, the feature of sharing data publicly will be clearly distinguishable from a straightforward contribution to a scientific study. “Public data sharing isn’t for everyone, but people who are willing to be reference standards make a huge contribution,” Bobe says. Open Humans also plans to work with more tracking and fitness apps–it already partners with RunKeeper–to make wellness information readily available for researchers to use in studies.

Regardless of whether you share your data publicly, Open Humans could be a great opportunity for those interested in participating in scientific studies but are unsure of where to start. “Once people have the availability to access and share their data beyond one single study, we think there’s a tremendous opportunity to get involved in research and advance science,” Bobe says.