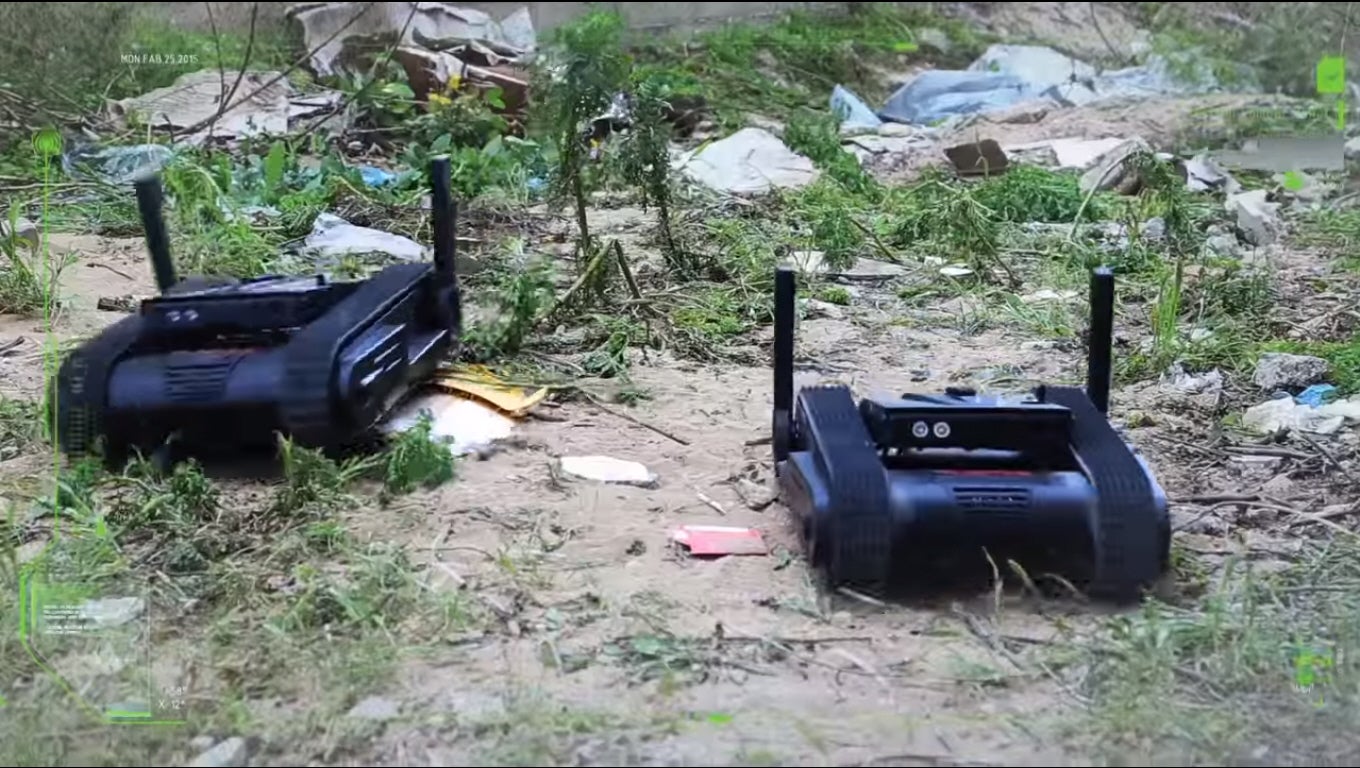 Dogo goes up stairs, rolls out in pairs, and fits on a squadmate’s back. Dogo is a new remotely operated robot made by Israel’s General Robotics, and inside its tiny frame it carries another, more familiar weapon. First, the robots crawl into place.

And then they reveal their deadly secret. Nestled sideways inside the Dogo is a 9mm Glock 26 compact pistol.

It’s like the kind of thing Nerf would make, only it’s real and instead of foam darts this shoots actual bullets to kill actual people. Like the Nerf toy, Dogo is remotely controlled from a special handset, which displays live video and lets the human remotely fire the weapon.

The gun isn’t the only tool on the Dogo. It also has a speaker and microphone, so that police or others using it can instead choose to negotiate. It weighs just under 25 pounds, has a top speed of 4 mph, and has 8 cameras. It can shine a light, and drive under cars. There are several other camera scout robots for people that prefer their robots unarmed, and Dogo can come in a nonlethal version.

Dogo isn’t the first ground combat robot, and there likely be many more similar designs. What’s striking is the shape of it, and the size. A black tracked rectangle, about as big as a Roomba, is what the robot warriors of the future look like.