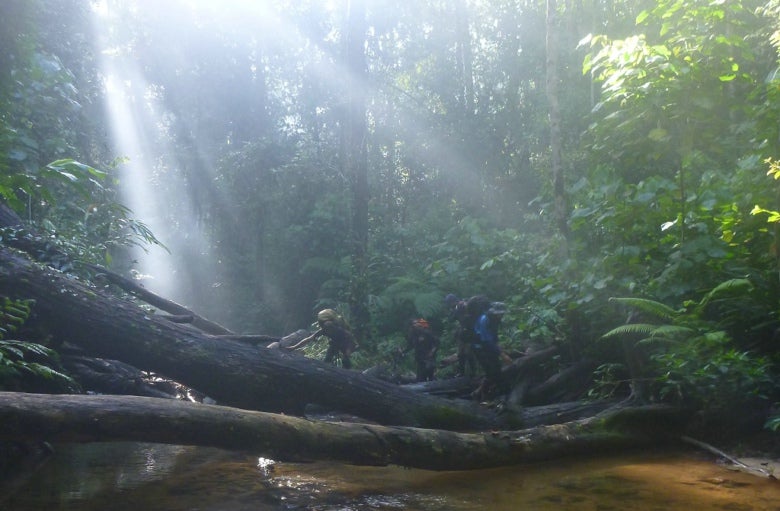 Humans tend to do pretty terrible things to the environment. And those who go about illegally killing animals and cutting down trees are downright criminal, and can be difficult to stop. So, the National Science Foundation has turned to artificial intelligence to help out.

It’s not the only time we’ve turned to technology to help fight poachers. Earlier this year, realistic robots were used as traps, and of course there’re always drones. But now, researchers are using A.I. applications that incorporate a game theory model for wildlife protection. The app is called PAWS (which stands for the Protection Assistant for Wildlife Security). It was developed in 2013, and tested in Malaysia and Uganda.

PAWS analyzes the terrain and topography of an area, incorporating the paths where animals most often travel–which means poachers will be more likely to travel them as well. In addition, the app can prescribe randomized patrols, which can keep poachers from learning a pattern and predicting when a wildlife officer may be nearby. Similar technology has been used by the Coast Guard and the Transportation Security Administration.

Recently, PAWS was combined with another algorithm, called CAPTURE (Comprehensive Anti-Poaching Tool with Temporal and Observation Uncertainty Reasoning), which is used to predict how likely a poacher attack will be.

And to combat illegal loggers, researchers have developed a method known as SORT (which stands for Simultaneous Optimization of Resource Teams). Since the agencies that protect our forests don’t have an unlimited budget to put toward the effort, researchers built SORT to determine the most efficient ways to monitor the trees. SORT takes into account the maps of national parks, and models using the budget constraints, and so far has been tested using data from Madagascar.