Moon Express ‘lunar outpost’ looks gorgeous, but don’t get too excited yet 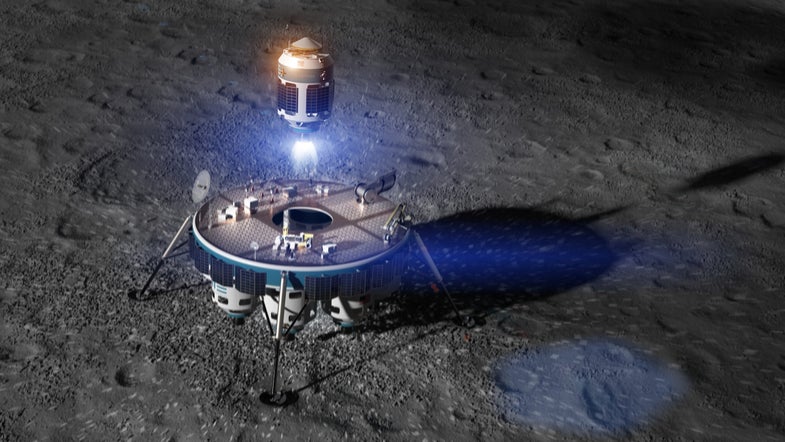 Named for the number of its engines, MX-9 can haul 1,100 pounds to the moon. It includes a return capsule, for delivering samples of the lunar regolith to Earth. Moon Express
SHARE

While NASA stays diligently focused on its marathon to Mars, it seems everyone else in space exploration wants to sprint to the moon. Between Vice President Mike Pence taking aim at the moon in a speech last week, SpaceX’s plans to carry two rich people into lunar orbit in 2018, and the Google Lunar XPrize—a literal moon race for private companies—our lonely satellite is becoming the center of attention lately.

Moon Express is one of the companies hoping to take home the $20 million Lunar XPrize for being the first commercial company to land on the moon, travel 500 meters, and send images back to Earth. But that’s not the extent of the company’s ambitions. Today, it released plans for building a robotic outpost on the moon and returning a sample of moon dust to Earth by 2020.

“Outpost” is a bit of a strong word here. By the sounds of things, Moon Express won’t be constructing any lunar habitations or anything like that. Instead, their plan consists of sending robots to the moon in three missions.

The first, which they’re branding as “Lunar Scout,” will consist of Moon Express’s first launch, slated for sometime before the end of this year. In this mission, a lander will hop around the lunar surface, deploying a small telescope and a laser range finder, and attempting to win the XPrize competition.

The second expedition, dubbed “Lunar Outpost,” will send robots to the moon’s South Pole, where water is frozen inside deep dark craters. The higher altitudes receive nearly constant sunlight, and provide nonstop communications with Earth. In this part of the mission, the robots will prospect for water and minerals for future mining, and carry various research instruments. Since the U.S. doesn’t currently have any robots operating on the surface, Moon Express is branding this as an outpost.

Phase three is called “Harvest Moon” because that’s what the robots will be doing. By 2020, the company hopes to send a lander to the moon, scoop up some moon dust, load it into a small return vehicle, and send it back to Earth, as shown in the video below. “The lunar samples brought back will be the only privately owned Moon materials on Earth,” says a press release, “and will be used to benefit science as well as commercial purposes.”

Moon Express plans to build a variety of spacecraft to carry out this plan, including: 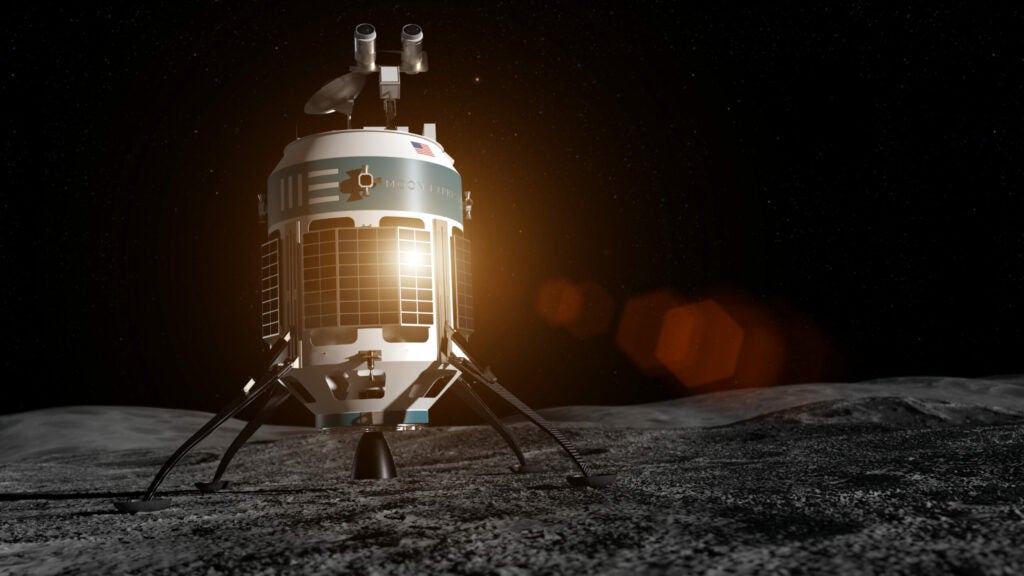 A lander like this will fly in Moon Express’s first launch, slated for later this year. It can carry up to 66 pounds of equipment and scientific instruments to the lunar surface. Or it can stay in orbit or travel deeper into space. 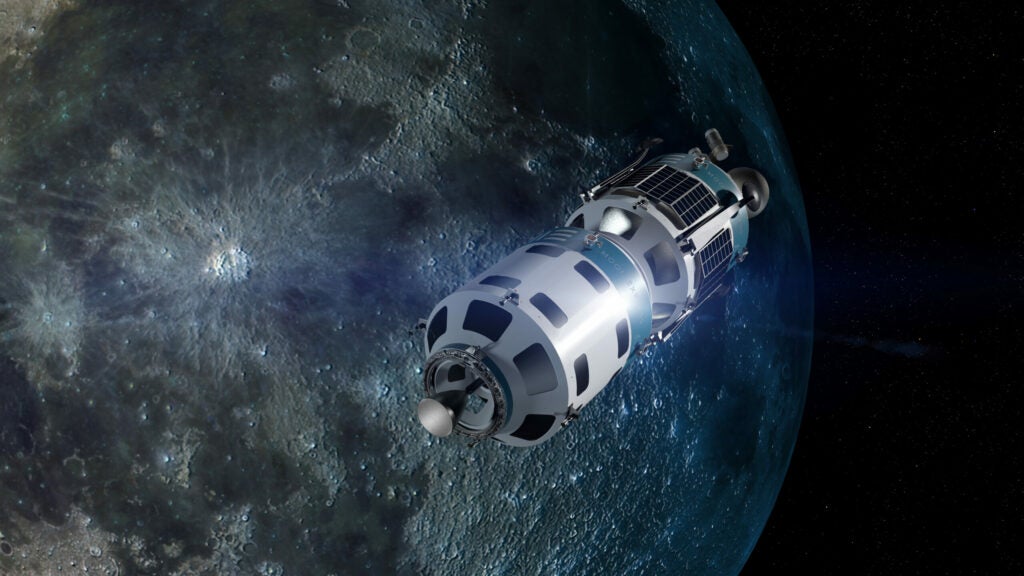 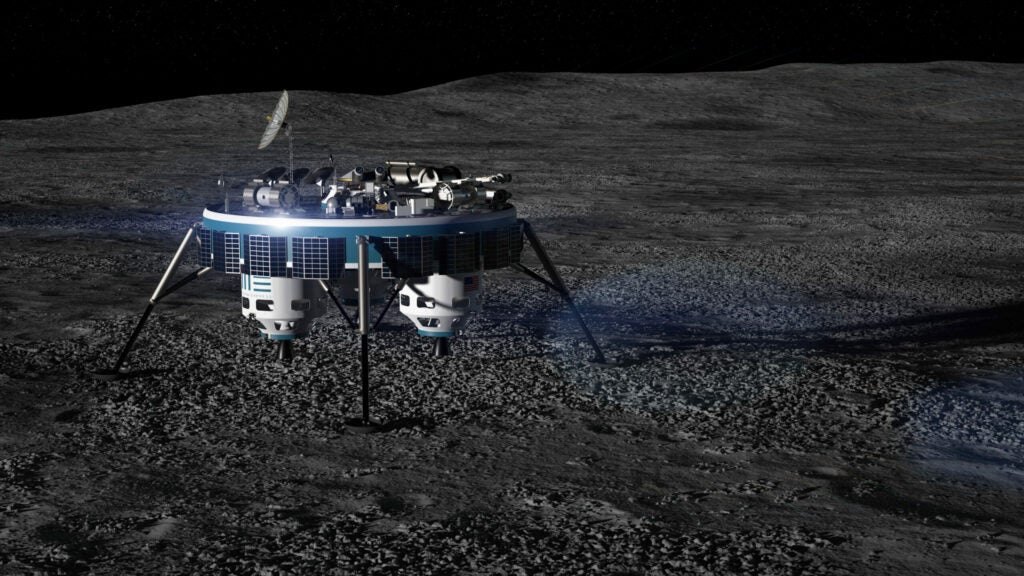 This workhorse can carry up to 330 pounds to the lunar surface. 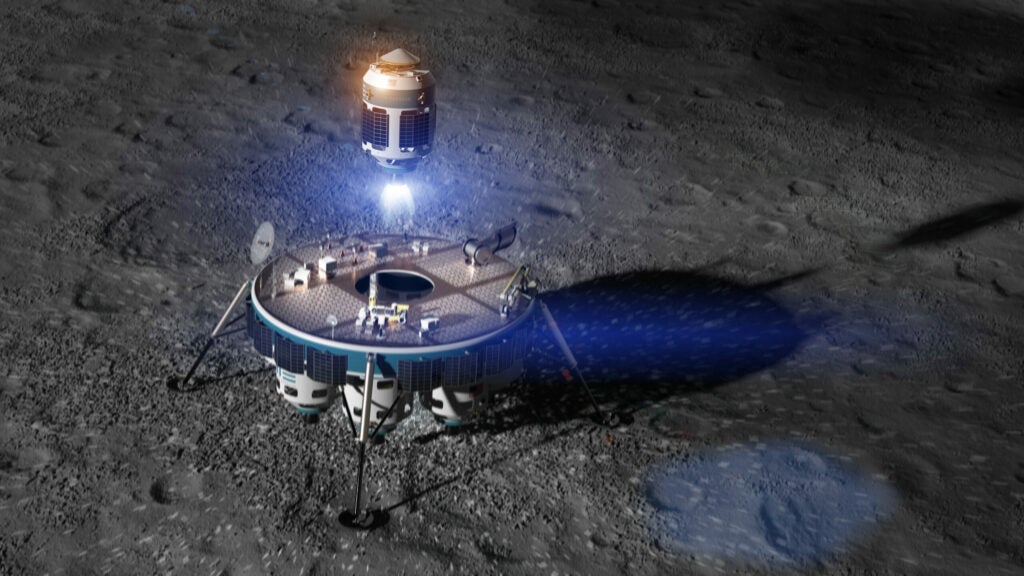 Named for the number of its engines, MX-9 can haul 1,100 pounds to the moon. It includes a return capsule, for delivering samples of the lunar regolith to Earth.

The company claims these robots will haul scientific instruments to the moon at a low cost, but the press information doesn’t include any figures. (We reached out for more information, but haven’t heard back at the time of publishing.) With the Trump Administration aiming for the moon and lacquering on praise for commercial space exploration, Moon Express may be hoping to win some federal funding for this project.

In life, nothing is certain but death and taxes. In space exploration, you can pretty much say the same thing about cost overruns and delays. And as many wise people have stated, “Space is hard.” It’s worth remembering that, although this company is working with NASA to develop its lander technology, they’ve never sent anything into space—yet. The company is still testing parts of its lander.

Moon Express says that “Our robotic explorer systems are designed to collapse the cost of access to the Moon, introduce a new commercial paradigm for government missions, democratize lunar research and exploration, and blaze the trail for commercial space transportation and exploration beyond Earth’s orbit.”

Pretty words, and pretty pictures, for sure. But we’ll wait to get our hopes up until we see some action.