Forests to Serve as Fire Sentinels

By harnessing the power of trees, scientists figure out a way to transform them into batteries capable of powering sensors 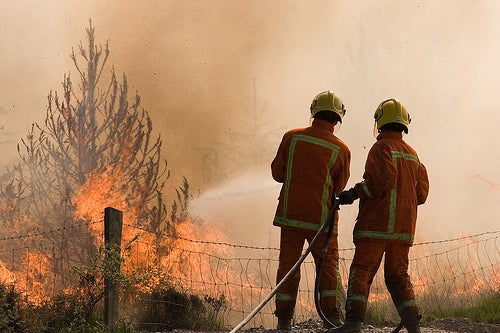 Trees may be able to protect themselves from forest fires by serving as living batteries—housing small devices, which would measure temperature and humidity and broadcast the data from tree-to-tree.

Current Forest Service fire sensors are spread widely, and gaps in the network can miss localized temperature and humidity changes. Researchers at MIT have proposed a solution to those gaps—using the trees themselves to power a web of additional sensors. The scientists, a group of students and teachers from MIT’s Center for Biomedical Engineering, figured out that trees carry an electric charge due to a difference in acidity between the tree and the soil it sits in.

Batteries need to be replaced, but trees don’t, meaning the network would sustain itself, saving costs to maintain and recharge sensors and allowing for a much larger and more sensitive monitoring grid. The group’s results were published in the journal PLoS ONE, and they’ve already started a commercial company to develop the sensors that can harness that tree-power. According to their commercial website, they’ve developed a converter to power these weather sensors, which “parasitically harvests metabolic energy from any large plant without significantly harming it.” They plan to test the network this spring.