The Greening of Fresh Kills: In Graphic Exposition

Turning a landfill into a park is no easy feat 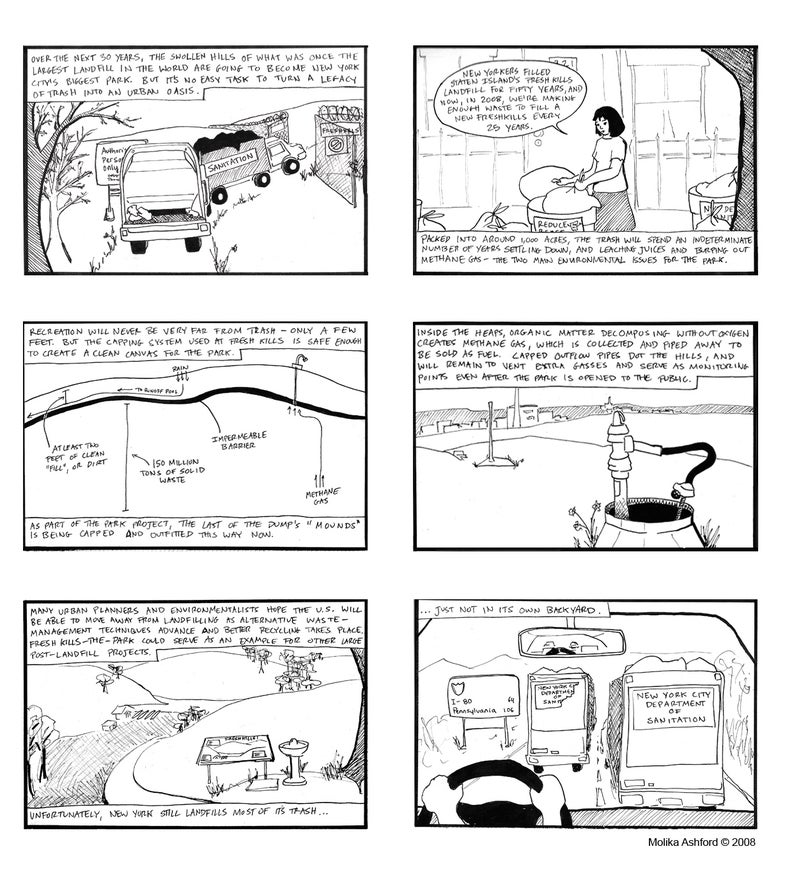 This spring the New York City Department of Parks and Recreation released the draft environmental impact statement for the Fresh Kills Park Project, their plan to turn the Fresh Kills landfill–hitherto best known as a smelly Staten Island mountain–into a world class public park. The statement will be discussed at an open public hearing on September 4th, 2008, and work begins next year on the project’s first small section–wrapping around the landfill’s north mound and reaching down to the waterfront. This sliver should be finished within a few years, though the park in its entirety is expected to take around 30 years to complete, with $198 million in initial funding, but much more needed along the line.

Next: “Recreation will never be far from trash…”

Next: “The park could serve as an example…”

Next: So where does it end up?

See the comic in its entirety