Deserts in the Ocean 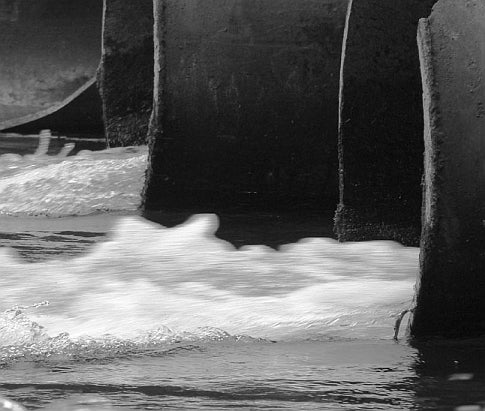 Dear EarthTalk: What are these “ocean deserts” I’ve been hearing about? Also didn’t I read that there was a huge mass of plastic bottles floating around somewhere on the ocean surface?
— Wally Mattson, Eugene, OR

So-called “ocean deserts” or “dead zones” are oxygen-starved (or “hypoxic”) areas of the ocean. They can occur naturally, or be caused by an excess of nitrogen from agricultural fertilizers, sewage effluent and/or emissions from factories, trucks and automobiles. The nitrogen acts as a nutrient that, in turn, triggers an explosion of algae or plankton, which in turn deplete the water’s oxygen.

According to the Ocean Conservancy, a dead zone in the Gulf of Mexico—where the Mississippi River dumps untold gallons of polluted water every second—has expanded to over 18,000 square kilometers in the last decade. Many other such dead zones have also undergone rapid expansion in recent years.

A recent study by German oceanographer Lothar Stramma and a team of prominent international researchers confirms this phenomenon, and also points the finger at global warming. Their data show that oxygen levels hundreds of feet below the ocean surface have declined over the past 50 years around the world, most likely a result of human activity. And as ocean waters warm due to climate change, they retain less oxygen. Furthermore, warmer upper layers of water stifle the process that brings nutrients up from colder, deeper parts of the ocean to feed a wide range of surface-dwelling marine wildlife.

The expansion of these dead zones is bad news for most marine inhabitants and the ecosystems they thrive in. Thousands of different species already stressed from over fishing and other threats, now must contend with expanding hypoxic areas throughout regions that once constituted healthy habitat.

The accumulation of plastic debris and other trash in the ocean is not necessarily related to hypoxic zones, but is yet another major problem facing the world’s fragile marine ecosystems. California-based sea captain and ocean researcher Charles Moore discovered what is now known as the Eastern Garbage Patch—an aggregation of plastic and other marine debris occupying some 700,000 square kilometers in the North Pacific Ocean—during a crossing of the North Pacific in 1997. In a 2003 article in Natural History, Moore reported being astounded that he couldn’t be further from land anywhere on Earth, yet he could see plastic bags and other debris coating the ocean’s surface as far as the eye could see.

Individuals can help the oceans and their inhabitants by making smart daily choices that can have collective, positive impact. Lowering your carbon footprint—driving less, biking more, donning a sweater instead of turning up the heat—is one way to help stem the spread of hypoxic zones, which is directly related to industrial activity and the amount of greenhouse gases we spew into the atmosphere.

And limiting plastic and plastic bag use is the best way to prevent such litter from ending up swirling around mid-ocean. Some countries, such as China, and many large cities—San Francisco, for example—have banned plastic grocery bags. If your city hasn’t yet taken this step, pressure them to do so—and in the meantime bring your own reusable bags to the market and avoid plastic wherever else you can.