In a first for NASA, the MRO's high-resolution camera was trained on little brother Phoenix's successful landing this weekend

In the first ever instance of a spacecraft photographing the landing of another craft on Mars, the Mars Reconnaissance Orbiter captured this incredible image of NASA’s Phoenix Lander making its descent on Sunday. Phoenix landed successfully and has already begun transmitting images from its landing zone in Mars’s northern polar region, where it will be conducting meteorological and geological surveys over the course of its three-month mission.

Despite a minor hiccup in its data relay via the orbiting MRO, the mission appears to be proceeding without any technical issues. The MRO is just one of several craft currently in Mars orbit that will serve as relay transmitters to help Phoenix send data back to Earth.

Phoenix’s main mission objectives involve the study of water ice in Mars’s northern polar region. Its robotic arm will be able to capture icy soil samples which will be analyzed for past or present signs of microbial life. Phoenix’s research will also help lay the groundwork for potential manned exploration by providing a detailed analysis of life-sustaining elements found in the Martian soil.

Click here to see the image at full resolution.

For more images from the Phoenix mission, launch the gallery here. 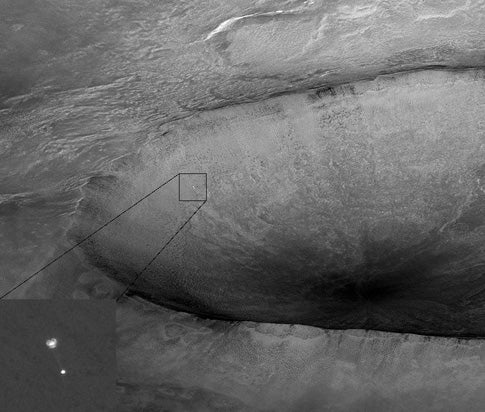 Landing, As Seen From the MRO

The Mars Reconnaissance Orbiter, in orbit since March of 2006, caught this incredible image of the Phoenix craft descending to the surface. Although it appears to be landing in a crater, the craft is actually 20 kilometers in front of the crater. This marks the first time ever one spacecraft has photographed another landing on Mars. 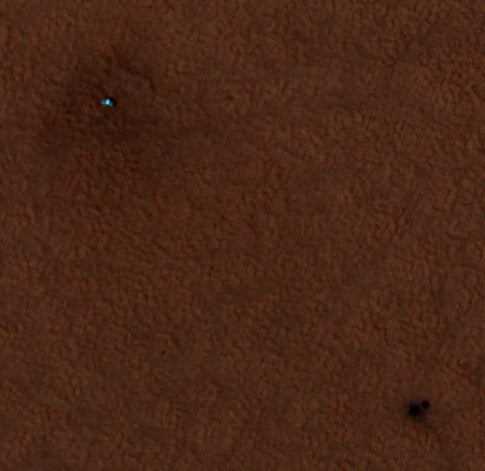 In another stunning image from the MRO’s high-resolution camera, the Phoenix lander is seen with solar panels deployed at its landing site in the northern polar region. The crater to the lower-right is the separated heat shield and parachute, about 1,000 feet away.

Phoenix’s onboard cameras captured this image of the Martian soil near its landing site. The polygon-shaped mounds are thought to be caused by the seasonal freeze and thaw of water ice near the surface. 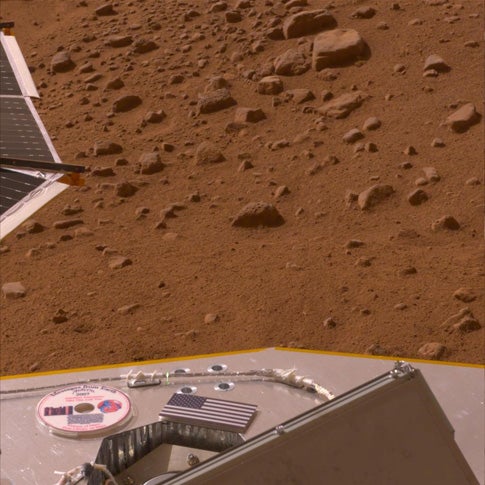 …insert this mini-DVD into your player to find a collection of Mars-inspired art and literature and the names of more than 250,000 Earthlings who contributed to the project. 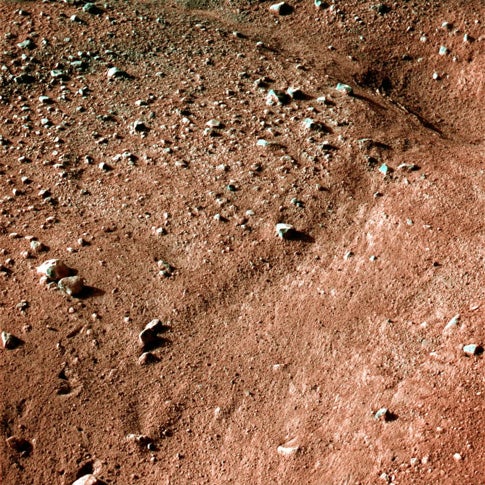 Another image provides a closer look at the polygon-shaped protrusions. Phoenix’s robotic arm will begin collecting arctic soil samples in the coming weeks. 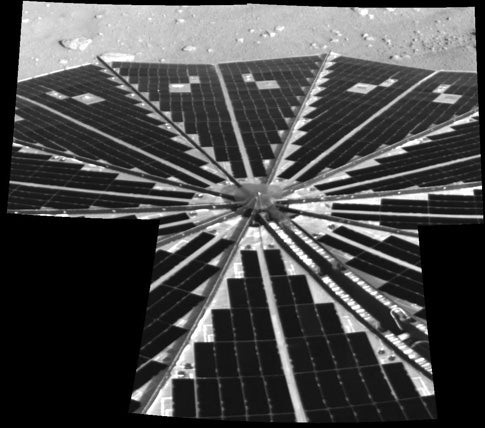