An ambitious plan to make Mars inhabitable in just 1,000 years

Click here for an illustrated guide to Mars Society founder Robert Zubrin´s six-step plan for inhabiting Mars, and for details on entering our contest to design the new flag of a freshly terraformed Red Planet-you could win a free subscription!

The interests of the Mars Society-an organization with the overarching goal of colonizing Mars-tend to elicit snickers from non-space fans. Why talk about building homes on Mars when we have problems on Earth like war, bird flu, AIDS and global warming? To the Mars enthusiast, these scourges simply count among the reasons to ditch this rock and head for the Red Planet.

Robert Zubrin, the founder of the Mars Society, likes to point out that Columbus encountered similar resistance from noobs when he pointed across the Atlantic. But Zubrin isn´t a seafarer-he’s a scientist, with calculations that say people could create an oxygen atmosphere on Mars in just over 1,000 years. Compare that with other scientists´ predictions of 20,000 or 100,000 years, and he might seem like he’s peddling interplanetary snake oil, but there´s no denying that his scheme for â€terraformingâ€ is thoroughly conceived.

Click here for an illustrated guide to Zubrin´s six-step plan for inhabiting Mars. 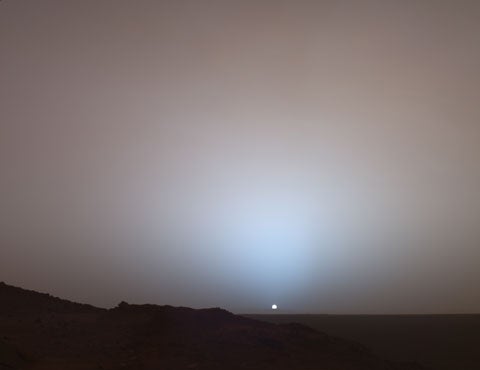 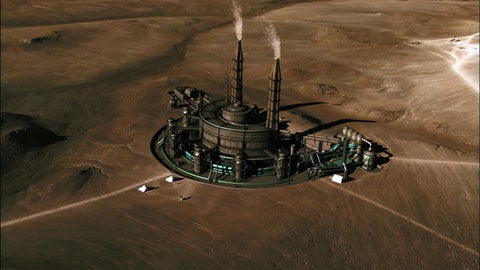 The best way to warm a planet-Earth, for example-is with strong artificial greenhouse gases. With evidence gleaned from our own global warming, scientists have a good idea of which emissions are best suited for climate change. Zubrin, among others, believes tetrafluoromethane (CF4) is the best gas for the global-warming job. Twentieth-century thinking says factories are the best way to create emissions. So Zubrin proposes building several chemical plants on Mars to release fluoromethane continuously. Emitting 1,000 tons of gas an hour would raise the temperature by 50

STEP ONE: GET TO THE POINT OF TERRAFORMING

According to Robert Zubrin, the founder of the Mars Society, colonization will take place in three steps, and we’ve already started with the first: exploration. Multiple human landings are necessary to uncover mineral materials, ice deposits and suitable habitats. Next, bases will be built, and finally, a self-sufficient colony must be established. Now it’s time to start terraforming. For this article, let’s say the year is 2150. Terraforming begins with the warming of the planet. Zubrin describes it as “trying to drive a runaway greenhouse effect.” He proposes three methods to get the planetary hot tub started. Critics argue that the first two will be ineffective; the third is sketchy but feasible.

By 2250, the 100th anniversary of the first CF4 factory opening, the atmosphere will be one fifth as thick as Earth’s: about .21 atmospheres, with .20 atmospheres of carbon dioxide. Martian residents will be able to walk outside without spacesuits (though they’ll still need oxygen). Not only will this introduce the first interplanetary fashion trends, but the climate will be suitable for planting, flying planes, and building domed (these would be more efficient for oxygen management) cities. Once the equator´s surface reached a constant temperature of 32

A mere three billion years ago, Mars possessed a thick carbon dioxide atmosphere. Huge amounts of remnant CO2 have been absorbed in the soil but could be liberated by warming temperatures. In other words, Mars is cold and boring now, sucking gases into the soil, but warm it up and you´d have a CO2 planet party. To keep within our stated 1,000-year timeframe, Zubrin says: “The additional gases [liberated from the soil] will raise the temp another 10 degrees over 20 years, thawing some ice, which will lead to evaporation and the first signs of weather.” By these calculations, Mars’s atmosphere would have .10 atmospheres of CO2 by the year 2200-just 50 years after beginning the terraforming process. 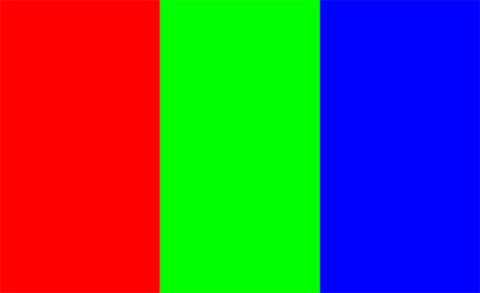 The Mars Society´s current flag design is sort of a demented take on the French tricolore. The contest to design a new Martian flag is now closed. Thank you for the submissions-the winner will be announced in a gallery on PopSci.com soon! 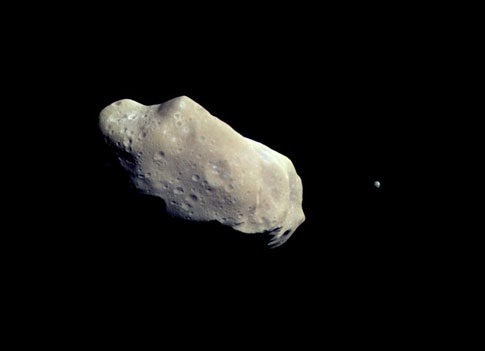 Asteroids are essentially frozen stockpiles of greenhouse gases. If earthlings could direct an asteroid 1.6 miles in diameter to a collision course with Mars, the energy from impact would be enough to melt one trillion tons of H2O, and the amount of ammonia released from the asteroid could raise the Martian temperature by 37

It’s all seemed so simple to this point-50 years to experience weather and then another 50 to walk outside in your new Martian threads. But it would take our little space gardens 1,000 years to produce enough oxygen for Martian colonists to breathe unassisted. During those 1,000 years, residents would have to continually plant and harvest, playing the role of Mother Nature to speed the conversion of the atmosphere from carbon dioxide to oxygen. 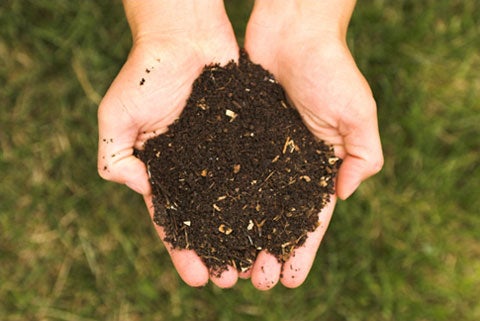 Growing plants will begin the process of converting the carbon dioxide atmosphere into delicious oxygen. But there’s a speed bump: Leaving the dead plants to decay (as farmers do today, in the process of tilling fields under) would release more carbon gas, slowing the process down. Zubrin believes that the solution would be for Martian residents to aggressively harvest plants and dispose of waste materials through a careful composting process, to prevent CO2 leakage. Genetic engineering could play a part too. Zubrin imagines a strain of “Little Shop of Horrors”â€style mutant plants that would produce more oxygen.