Marines’ Robot Mule Is Too Loud For War

The LS3 is being put out to pasture 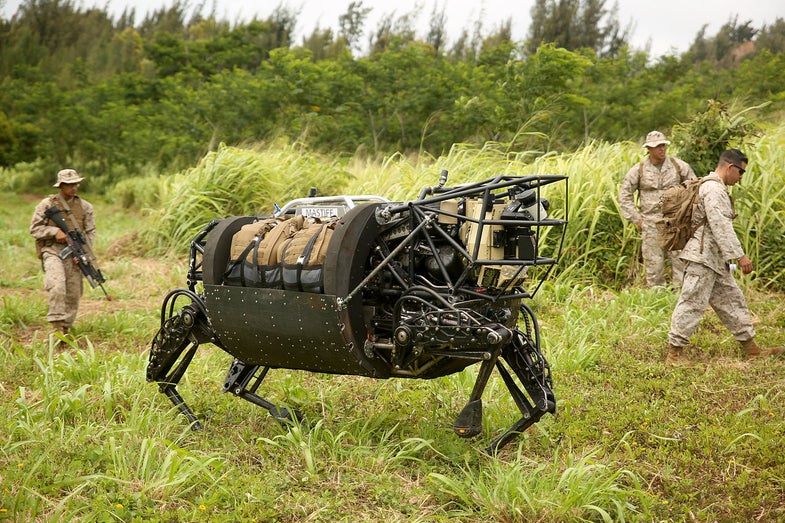 War is heavy. Not, just, in the deep moral implications of organized violence, but also very literally, in that fighting a war takes a lot of heavy equipment. To help lighten the load, the United States Marine Corps looked to the future: a robotic mule, capable of carrying 400 pounds of gear. After years of development and a couple high-profile trials, the Marines are abandoning the machine. Listen closely and you can hear why:

The robot is built by the Alphabet-owned Boston Dynamics. It was developed for DARPA under the name LS3, or “Legged Squad Support System”, and it can climb hills, carry weight, and follow humans into battle. It just can’t do it quietly. Rather than aiding Marines in battle, that noise turns the mechanical mule into a dead (and deadly) giveaway.