Last week in tech: Strap an Oculus to your face and head to the Microsoft treehouse

Slap on a new Oculus headset and let’s relive the week’s big tech stories (or just read the words). 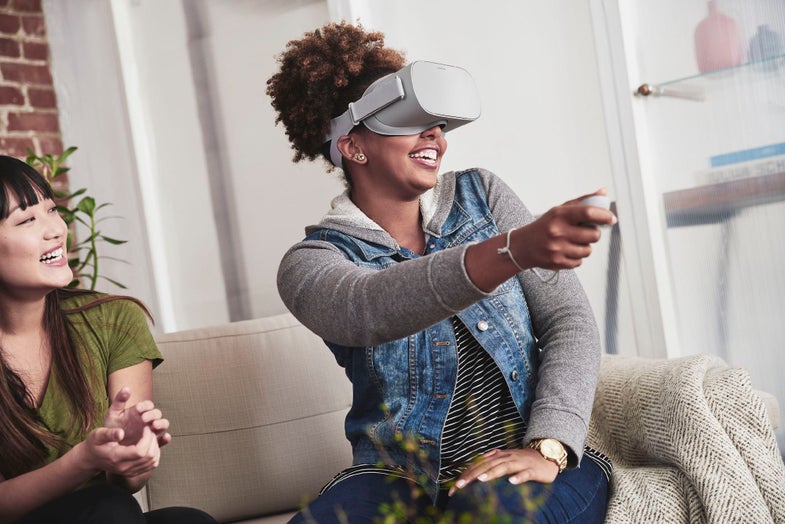 There have been a lot of interesting new hardware releases over the past few weeks, which is great for gadget nerds like me (and presumably you since you’re reading this). The big news this past week came from the Facebook camp in the form of a bunch of new Oculus news, including the self-contained Oculus Go headset which will cost just $200 when it debuts later this year. Suffice it to say: Facebook’s future involves a lot of headsets. Here’s a look at how the new Oculus stuff fits into the current—and confusing—VR landscape. Read on for the rest of the week’s tech news.

Canon has a new “advanced compact” camera called the Powershot G1X Mark III. It has an APS-C sensor, which is the same as what you’ll find in a mid-level DSLR. It also has an integrated zoom lens and an optical viewfinder. All those features make it a stretch for its “compact” classification, but it should be capable of some very impressive image quality.

Samsung’s Connect Tag uses new Narrowband network technology (conveniently referred to as NB-IoT) to help track a dog, child, or whatever else you may have that keeps running away. The networking tech is rather interesting as it uses cellular communication to connect to Internet of Things devices. The tag has a battery that lasts up to seven days thanks to the power-saving features.

1/ We see voices being silenced on Twitter every day. We’ve been working to counteract this for the past 2 years.

Twitter has historically struggled with how to handle things like hate speech and harassment, which can run rampant on the service. This week, the company’s CEO, Jack Dorsey, publicly commented, saying that the company would be more “aggressive” about fixing the problem.

Everything ’90s is new again, and the Tamagotchi is back for its 20th anniversary. These $25 keychains contain tiny digital “friends” that you keep alive with periodic button pushing. I had one when I was a kid, but I gave mine to a girl after the school bully threw her’s out the window of a moving bus.

Moving into the modern world of mindless button-pushing games, a basic, number-based paper-clip manufacturing game was all over the Web this week. The director of NYU’s Game Center, Frank Lantz, designed the game to prey on people who love seeing numbers move continuously higher.

Microsoft made a meeting space in a treehouse; it doesn’t really have anything to do with consumer tech, but it looks like a really cool place to hang out. Plus, the employees can probably say things like, “Hey, I’m going to head up into the tree house and make Windows 11,” and other wacky tree-house-related statements.

Google recently announced a Home Mini device, which looks really promising. Then, the company gave journalists review units with a faulty touch activation function that caused it to constantly record. Now, Google has reportedly fixed the problem and has taken the extra step to permanently deactivate the touch-sensitive feature completely.

If you’re looking for a new smartphone game to eat up your commute, try Snake vs. Block. It’s great fun in that “throw your phone at the wall out of frustration” kind of way. The free version will drive you crazy with ads, so plan to shell out the $2.99 to remove them if you like it. Good move. Get it here for Android and here for iOS.

The new Kindle and the sea

Amazon’s new Kindle Oasis is waterproof! So, if you have been individually laminating every page of books to make them waterproof, your ship has really come in. Here’s a list of moist places you can take it.