Dead stars do tell some tales 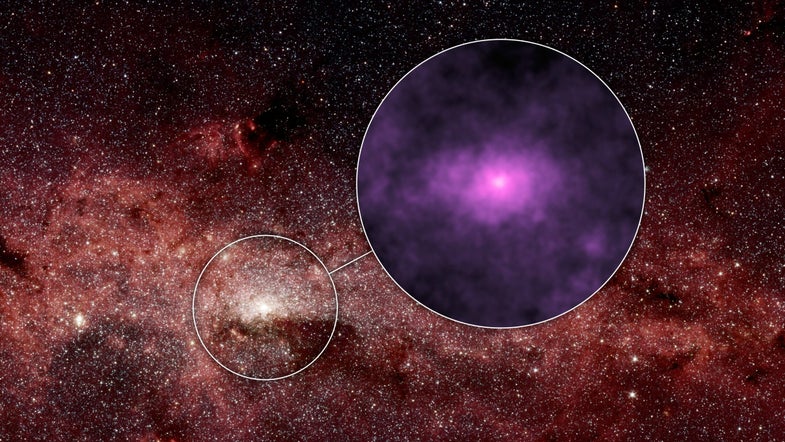 The center of our galaxy is filled with a dense and eclectic mix of stellar objects. From burnt-out white dwarfs and supernova remnants, to numerous massive stars clinging to a supermassive black hole, this area of space is tumultuous, consistently emitting gargantuan amounts of x-rays.

A study published in Nature may have found some additional residents in the heart of the Milky Way. New observations from the space-based x-ray telescope NuSTAR (Nuclear Spectroscopic Telescope Array) hint that a massive graveyard of dying stars may also lie at the nucleus of our galaxy.

Using NuSTAR, researchers at Columbia University peered into the very center of the Milky Way–an area about 12 parsecs by 12 parsecs–measuring its various x-ray emissions. Many of the x-ray emissions can be used to deduce the types of objects located in the center. But according to lead researcher Kerstin Perez, the team found signatures of high-energy x-rays near the very center that had not been detected before.

“As you go to higher and higher energy x-rays, the emissions from these low energy emitters dies off,” Perez, an assistant professor of physics at Haverford University, tells Popular Science. “But we were still able to see another emission component underneath all that, and we don’t quite know what it is yet.”

Perez and her team have a number of theories as to where these high-energy x-rays are coming from. One popular idea is the star burial ground–a huge population of stellar remnants sending out high-magnitude x-rays. For example, when one star in a binary system dies, it can “feed” off its living partner, siphoning out its material and producing x-rays in the process. White dwarfs–super-dense stars that have essentially burned out–may also to be to blame, as they also produce x-rays at higher energies than normal.

Or it’s possible the x-rays are coming from charged particles called cosmic rays flowing out of objects already known to be in the region. These could come from the galaxy’s supermassive black hole as it gobbles down material and then releases gas. Ultimately, the researchers hope to pinpoint the source of these high-energy x-rays, as they could tell us a lot about the region at our galaxy’s core.

“In general we’re learning something particular about the entire environment of the galactic center,” says Perez. “If it is this population of dying stars, what are exactly the stellar remnants that live there? How did they end up there? All of that is really interesting.”