The Senate’s COVID relief plan has some glaring gaps

The White House asked for $22.5 billion in COVID response funds. The Senate countered with less than half of that. 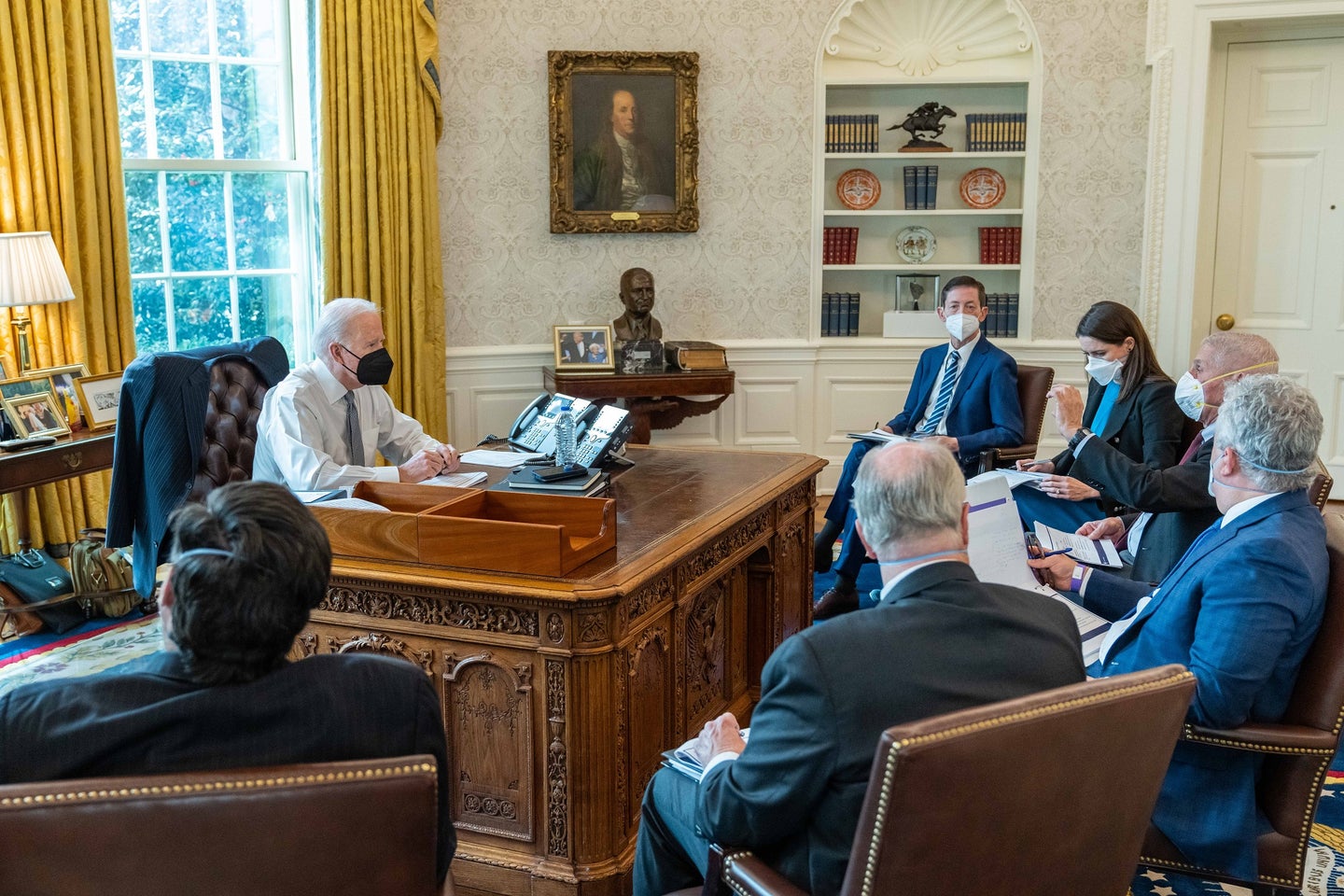 Senate leaders have reached an agreement to provide $10 billion for COVID-19 response funding for the US to continue to purchase vaccines, tests, and other therapeutics for the public. That aid package, which still needs to be voted on by Congress to pass, does not include any support for global aid contributions.

The $10-billion figure is less than half of the $22.5 billion the White House requested in March, which included funding for overseas initiatives like COVAX. The Department of Health and Human Services estimated in February that the country would need $30 billion this year to keep its COVID-19 response going—the Senate’s aid package is just a third of that. Half of the $10 billion will be designated for therapeutics like antiviral drugs and monoclonal antibodies, with the rest going toward vaccines, booster shots, and testing.

With an aid package so much smaller than the White House’s preferred amount, experts say many non-health relief programs will suffer, too. For example, the bill cuts $2.31 billion from a COVID program to boost aviation manufacturing and repair businesses, and nearly $2 billion from a program to support shuttered venues like live performance venues, museums, and movie theaters, Reuters reported.

Last week, as the Senate was still mulling over their unfinalized agreement, President Joe Biden implored Congress to approve enough relief funding, including global aid, before another surge of infections occurs. Vaccinating the world is “critical to our ability to protect against new variants,” he said. “There’s no wall that you can build high enough to keep out a virus.”

[Related: COVID’s coming back in Europe. Are we next?]

The new funding will all be repurposed from the leftovers of previous COVID aid packages, including the $2 trillion CARES Act of 2020 and the $1.9 trillion American Rescue Plan of 2021. The plan “will not cost the American people a single additional dollar,” Sen. Mitt Romney [R-Utah] said in a statement. Romney also acknowledged the lack of funding to help international vaccination efforts. and said he would be willing to “explore a fiscally responsible solution to support global efforts in the weeks ahead.”

Some leaders are already critical of the Senate’s exclusion of an international aid package.

“The US has turned its back on the world,” Zain Rizvi, research director for Public Citizen, a consumer advocacy organization, told The Washington Post. “Penny-pinching in a pandemic will have devastating consequences for vaccinating the world, for reducing the risk of variants, for all of us … Abandoning the global COVID response will put American lives at risk.”

Senate Majority Leader Chuck Schumer [D-NY] has said that Congress will be pursuing a “second supplemental” later in the spring.

Insufficient COVID-19 response funds could exacerbate the already huge health disparities across the US and around the world. In high-income and upper-middle-income countries about 75 percent of the population is vaccinated; in lower-middle-income countries that figure drops to roughly 50 percent; and in low-income nations it further plummets to just about 10 percent.

With the relief funding still being negotiated, uninsured people in the US are starting to feel the impacts of resources running dry. Starting in March, COVID-19 tests, treatments, and vaccines were less available in some places, and many individuals can no longer get their bills reimbursed through government aid. The Food and Drug Administration has authorized a second booster shot for people over the age of 50, but analyses show that the US government will not have enough resources to provide free shots if that recommendation is expanded to all Americans.

The Senate deal “demonstrates that one of the main take-home messages of this experience—that this is truly a global phenomenon—has not resonated, or at least not resonated above politics,” Jen Kates, director of global health policy at the Kaiser Family Foundation, told The Washington Post. The outcome, she added, would be “a victory for the virus.”