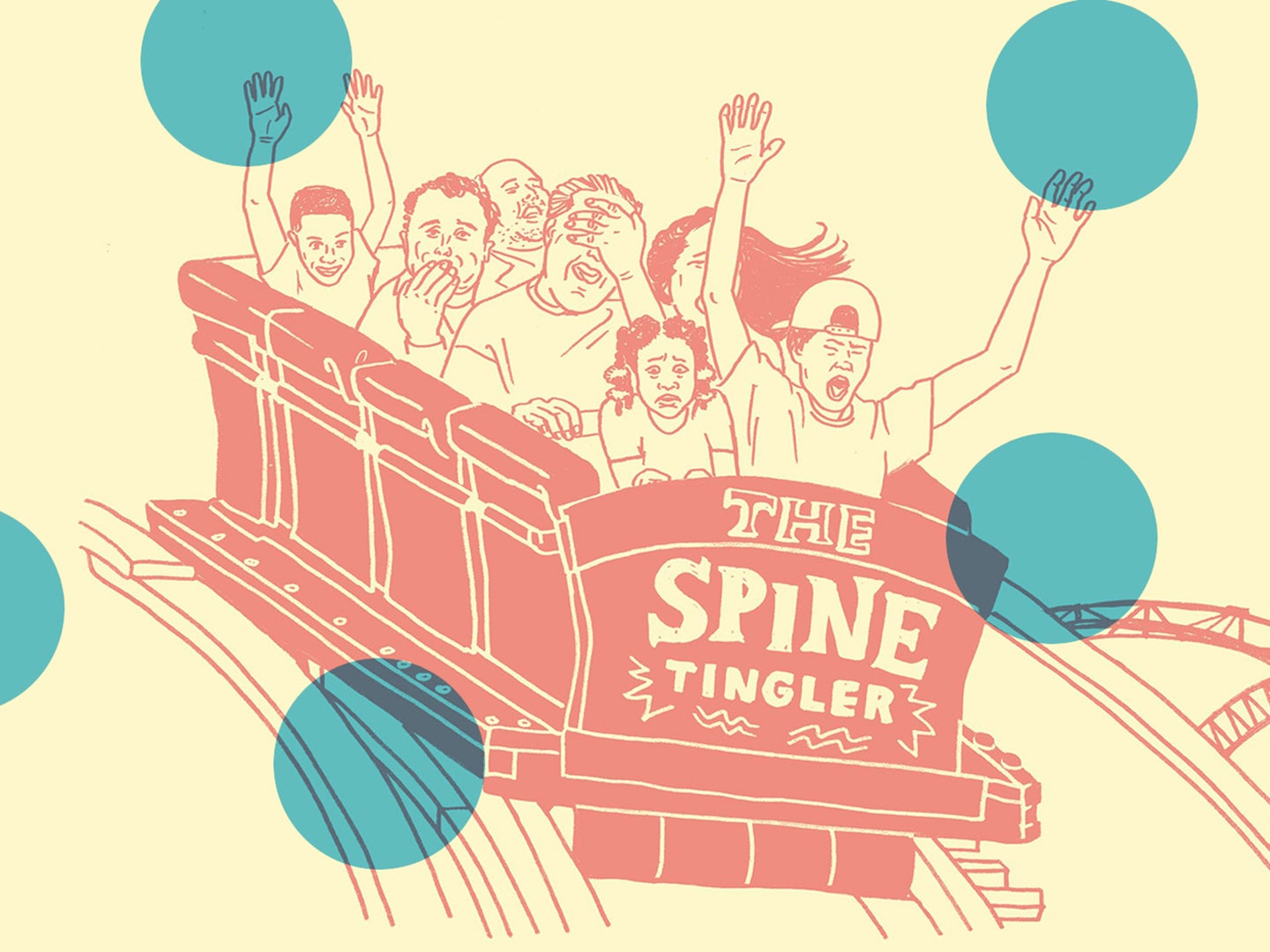 4 of the most extreme amusement park rides on the planet

Here are just some funpark attractions where danger is part of the thrill.

WHEN ACTION PARK first opened its gates on a New Jersey ski mountain in 1978, people probably showed up expecting run-of-the-mill amusements: go-karts, a lazy river, maybe a casual wave pool or two. But the 2,700-foot Alpine Slide, a track made of concrete, fiberglass, and asbestos that zigzagged through the funfair, was something else entirely. Riders plopped down on a little sled at the top—no helmets, no straps, no guardrails—and went wherever gravity took them at alarming speeds.

Eventually a park-goer did die on the Alpine Slide, and, after five additional fatalities and countless head wounds, electric shocks, and broken teeth, the entire venue shut down in 1996. New owners repeatedly tried to reopen the cult favorite destination, but after continued safety issues, the park’s operators finally decided to rebrand it a decade later.

While no other attraction can match its brazenness, Action Park lives on in the many rides that push today’s thrill-seekers to the edge of their comfort zones. Remember to read the fine print before you board these rowdy machines.

Most dimensions on a roller coaster

When Japan’s Eejanaika went up in the early 2000s, the steel coaster’s “fourth-dimension” design had to undergo multiple safety upgrades before it could start stealing people’s breath away. While it maxes out at about 75 mph (slow in extreme ride terms), it sends passengers spinning both parallel and perpendicular to the track. The seats rotate 360 degrees forward, backward, and sideways as they plunge down a 213-foot drop and swoop through 14 zero-G rolls. Since Eejanaika opened, barely more than a dozen other new 4D rollercoasters have debuted around the world.

Most sprains after going to the “rodeo”

The mechanical bull at a local dive bar may seem like the adult version of a bouncy house, but it’s a force to be reckoned with. With their aggressive torque, angular jerks, and short bursts of acceleration, the bucking plastic cattle can mangle unsuspecting (and often inebriated) bodies with every snap and toss. A survey of US hospital admissions from 2000 to 2020 estimated that mechanical bulls caused upward of 27,000 sprains, contusions, fractures, and other assorted ouchies. The majority of patients hurt their hands and arms. In other words, an iron grip could be your downfall.

Most distance falling down on your butt

Many visitors who summit Mount Kilimanjaro—that is, the 15-story-high body slide in Brazil, not the ice-capped volcano in Tanzania—chicken out when they see the drop. If you make it up 234 stairs and decide to brave the plunge, you’ll have to do without the padding of an inner tube. As bodies zing down a 60-degree angle at roughly a mile per minute, a trickle of water helps prevent friction burns. Extravagant views of tropical hills and the amusement park below almost make the wedgies worth it.

A Tilt-A-Whirl is essentially a giant centrifuge for humans; the clockwise and counterclockwise spinning—mixed with gravity, friction, and shifts in incline—creates what physicists call a “highly unstable” experience. Mathematical models can’t even predict the motion of the cars after a few seconds. So it’s not exactly shocking that the carnival amusement is prone to accidents like displaced cars. A report from the Consumer Product Safety Commission ranks these gyroscopes between Ferris wheels and roller coasters in terms of danger; they were responsible for about 20 percent of ride-related deaths between 1987 and 1999.

Ask Us Anything
daredevil
membership