You Can Now Do Science In ‘EVE Online’ 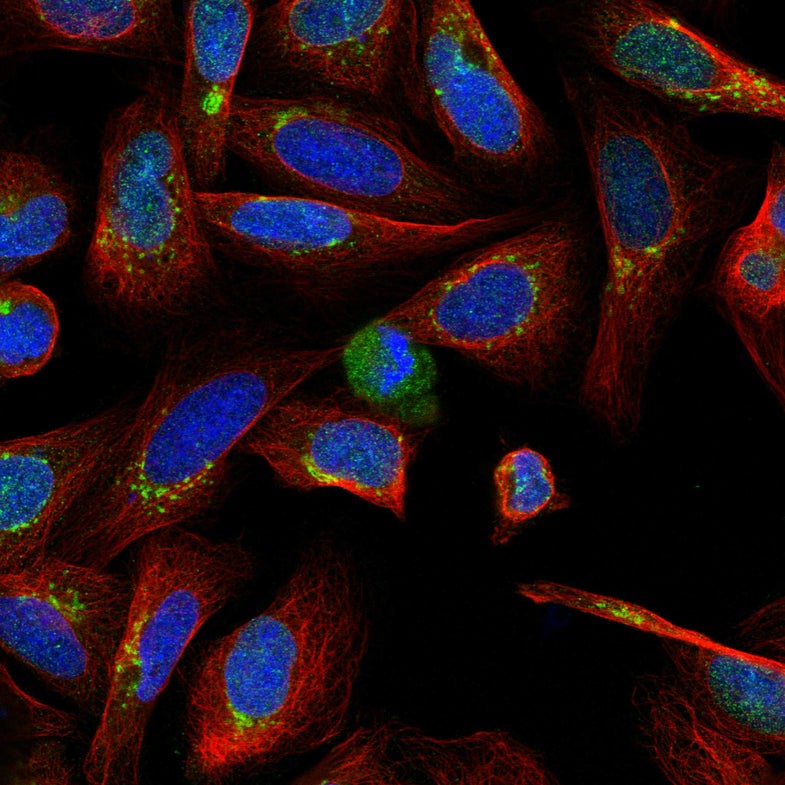 EVE Online is what’s known as a MMORPG … a massive multiplayer online roleplaying game. In progress now for more than a decade, the game is science fiction’s answer to World of Warcraft. Set some 21,000 years into the future, the game backstory suggests that humans have branched out to colonize space, and being humans, immediately started competing with each other for resources. You can play as an explorer, skirmisher, industrialist, or colonizer.

In an exciting development that brings real life and art together, EVE Online has announced that it is working with a Swiss startup called Massively Multiplayer Online Science (MMOS), and students of Reykjavik University to bring a real science project into the game. Inserted as a mini-game that pays out in the game’s internal currencies, players will be asked to help categorize and classify beautiful images from the Human Protein Atlas. The latter is a project to map out protein distribution in the human body, to give us a better idea of how our bodies work, and what happens when they stop working properly, leading to diseases like cancer.

For more information on the project, check out the presentation at EVE Vegas 2015, just last week.