The First Flexible Screen Might Come From An Unknown Company

If you believe reports, Moxi will beat LG, Samsung, and everyone else 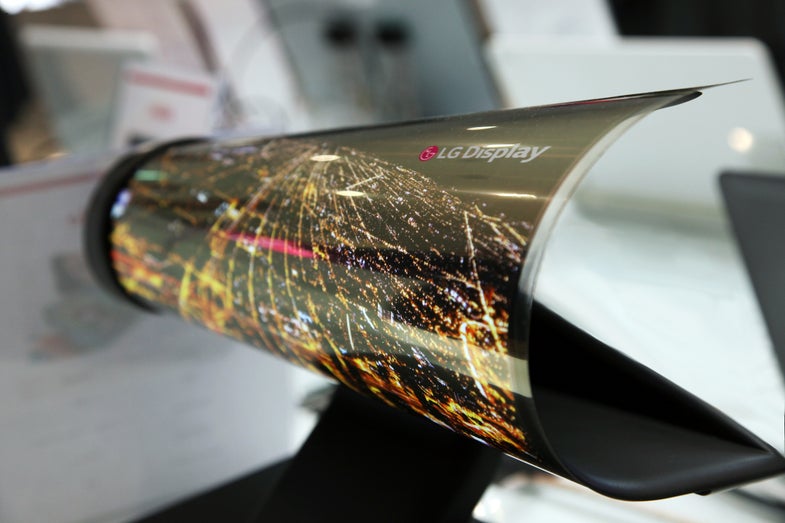 The first gadget with a useful rollable screen may arrive faster than we suspected. According to Bloomberg, Chinese tech firm Moxi Group says it will be rolling out a rollable, bendable smartphone screen later this year.

The device is designed to double as a bracelet: it rolls up and stays on your wrist when you’re not using it, but can lay flat as well. Check out the promotional art the company has been showing off:

The image, which depicts a color screen, is a bit suspicious, especially since Bloomberg says the company will be rolling out black and white only devices for now.

There’s not a lot of confirmation about how they’re doing it either, so I suppose all we can do now is wait. Let’s see if the bendable bracelet smartphone rolls out on time.