Facebook’s New Personal Assistant, M, Is a Mix Of Man And Machine

The AI that can help you buy things 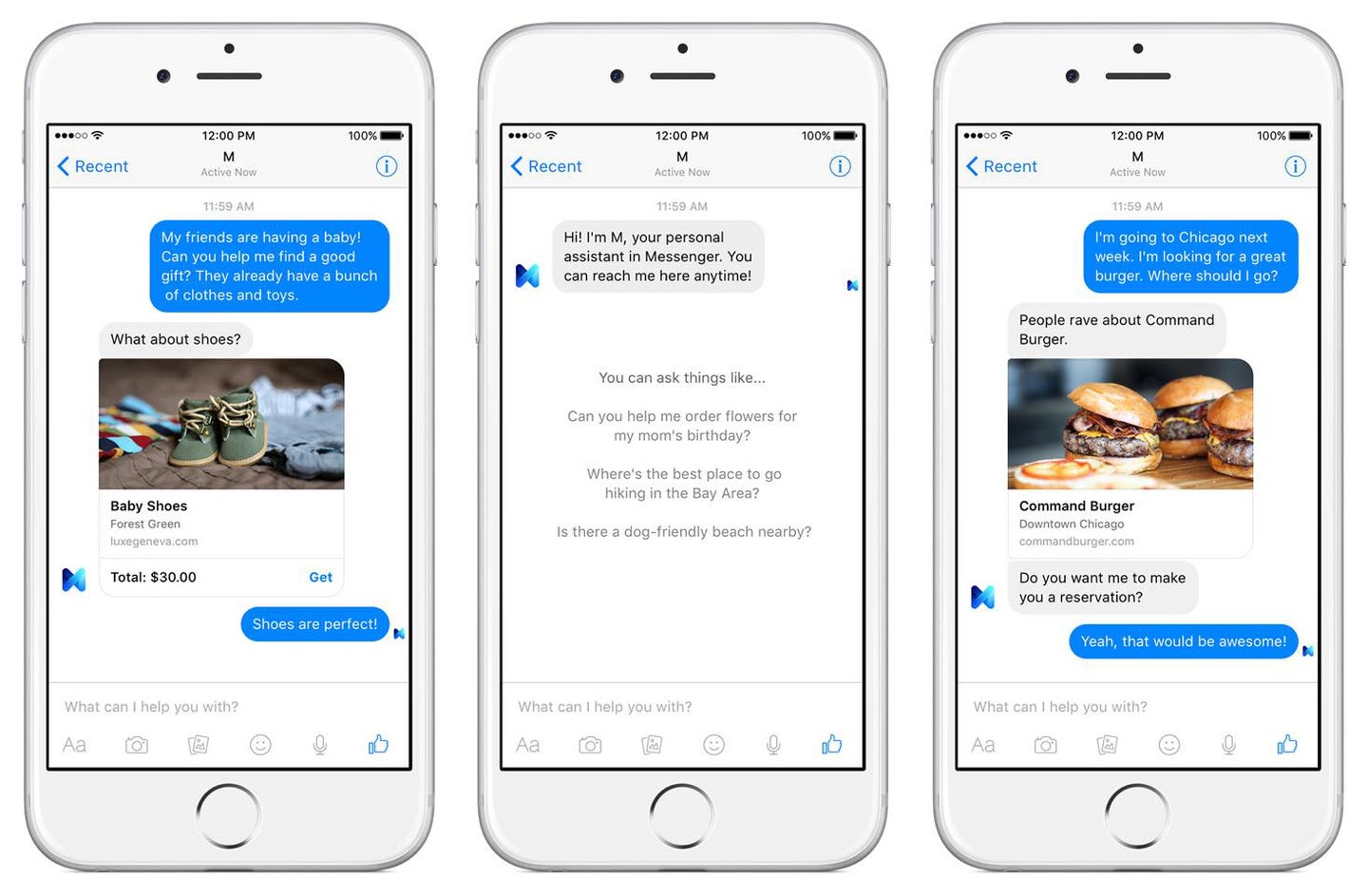 Facebook did something strange last year: it turned off the ability to send Facebook messages from inside the Facebook apps for Android and iPhone, forcing users who wanted to use this feature to download the separate Facebook Messenger app. That move was puzzling for a long time, but with the introduction of a new digital assistant into Messenger, it’s starting to make a lot more sense.

Today, messaging VP David Marcus announced Facebook M, a personal assistant backed by artificial intelligence, directly integrated into Messenger. M’s artificial intelligence algorithm is “trained and supervised by people,” according to Marcus, who writes that the service stands out because it can purchase items on your behalf, make travel arrangements, and even suggest gifts for your friends. One Facebook employee who was testing the app had his desk decorated in a French style, presumably from delivery services.

The mobile personal assistant who can actually take tasks off your hands has been attempted by a litany of startups, like Jarvis, Cubic, Magic, and (to an extent) Operator. These are mostly run by real people, however. Also, we have the usual suspects: Siri, Google Now, and Cortana, which are all fairly limited to in-phone commands.

Facebook is bringing AI into the mix. Facebook’s AI research division is a small group of 45 people split across Menlo Park, New York City, and recently Paris. But, Facebook also recently acquired Wit.ai, a small artificial intelligence startup that works mainly on turning speech and text into that they call “actionable data.” The company even has similar examples as Facebook’s announcement listed on their website—the mechanics behind booking a table at a restaurant.

Mercifully, the app will not yet pull in data to learn about you from Facebook, according to Wired. However Marcus says that could change in the future. Right now, M “trainers” work closely with the software to ensure accuracy, Wired says, and Facebook could be employing thousands as the app scales to the general Facebook user base.

The fusion of actual human employees and AI is something that’s been attempted by few other tech services (Amazon’s Mayday help service being one notable example). But given Facebook Messenger’s estimated 700 million monthly users, this could be the grandest attempt yet to merge AI and human intelligence. We’ll be watching it closely.