Now You Can Own A Transformer In Real Life

This one barely does anything besides voiding a BMW's warranty 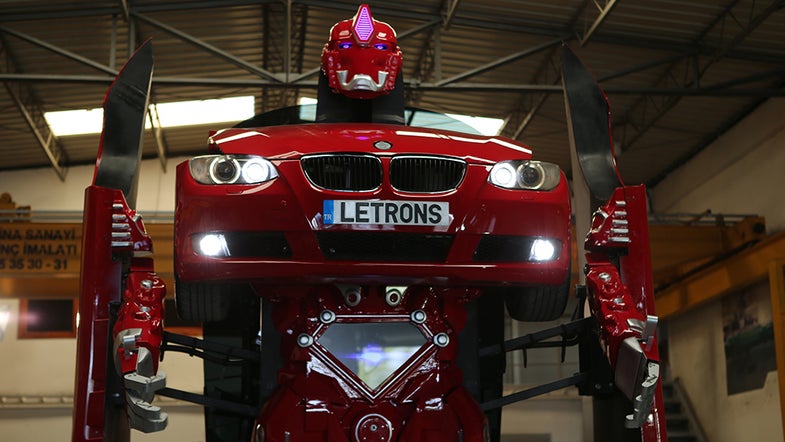 As children, many of us sat in front of the television on Saturday mornings, wishing the characters from fantasy worlds would inhabit our own. Now, a Turkish startup called Letvision is working to make that dream a reality. They recently unveiled a Transformer-inspired machine that starts out as a mild-mannered BMW coupe, and with the work of hydraulics and servos it reveals its secret identity as a massive humanoid robot.

Unfortunately, you can’t buy one yet, but this is just a first step for Letvision. And as cool as having your own Transformer sounds, it may come as somewhat of a disappointment to find out that the “Letrons”, as they are called, do not do much more than turn their heads and move their hands. But, as with many technological problems, money could solve this. According to Letvision, “The walking functionality can be added if a reasonable funding is provided for a new research and development project.” Walking is cool, but let me know when they can fly, and I’ll put my name on the waiting list.