The future of dishwashing could be hot, steamy, and sustainable

New technologies could end the hand-washing versus machine debate. 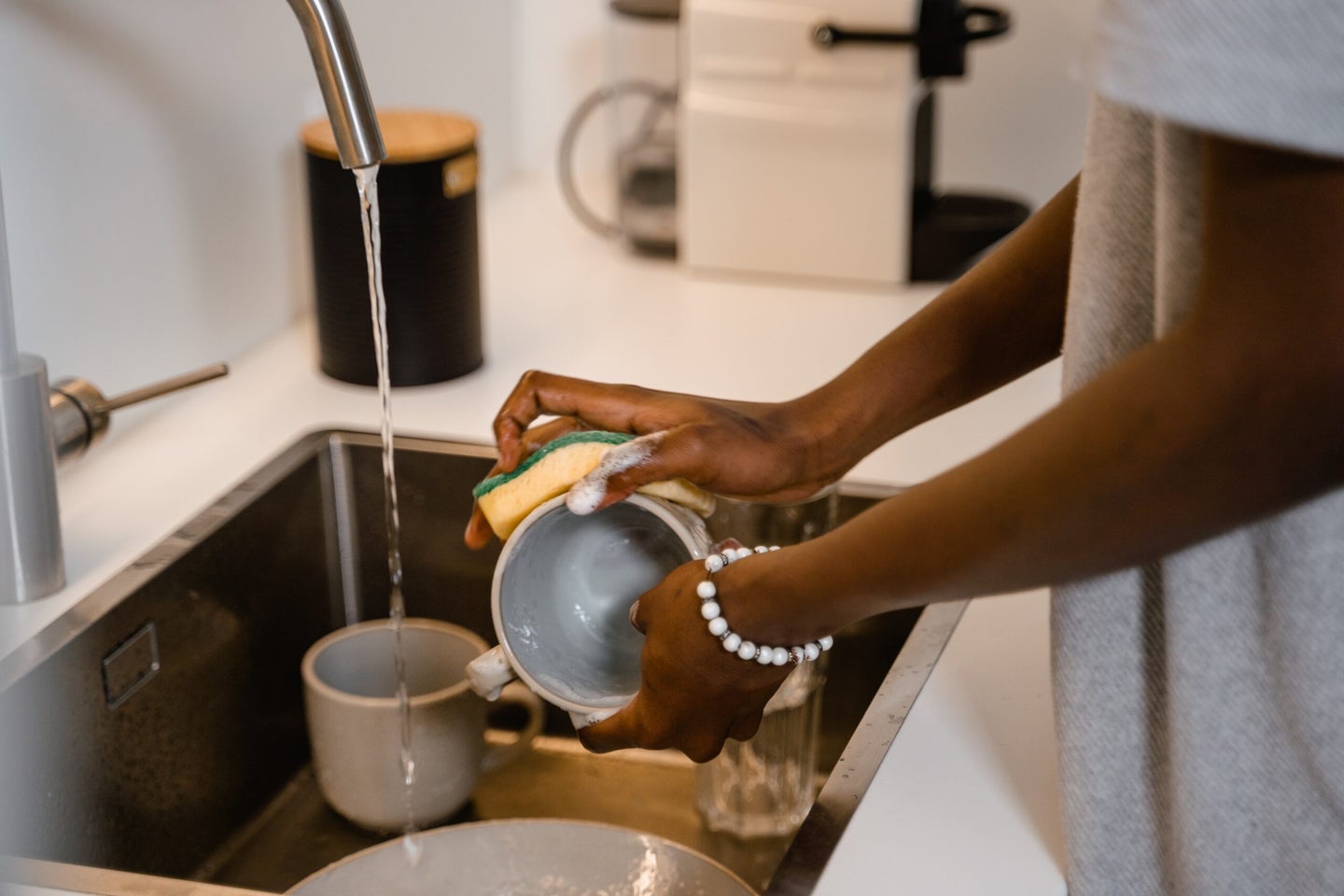 The time may soon come where we can guiltlessly put down the kitchen sponge. Pexels
SHARE

There’s a heated debate about the most environmentally-friendly way to wash dishes—traditional hand-washing or using the dishwasher. Both methods have pros and cons and often boils down to each individual’s preference when it comes to doing the household chore. However, a 2020 study published in Environmental Research Communications found that using a dishwasher is more efficient and eco-friendly than traditional hand-washing techniques most of the time.

There are several ways to make both dishwashing methods more efficient and environmentally friendly, like avoiding leaving the water running as you clean or skipping the heated dry option in the dishwasher (which may reduce water consumption and greenhouse gas emissions). New research shows that an even more environmentally friendly option may be available.

[Related: Save money by making your own dishwasher tablets.]

According to a new Physics of Fluids study, washing dishes with a superheated steam dishwasher can save water and electricity compared to conventional dishwashers that require long cycle times. It also does away with chemical cleaning agents like dishwashing detergents which may pollute water sources. Lastly, a superheated steam dishwasher may eliminate pathogens more efficiently, including heat-resistant, potentially harmful bacteria.

“We have developed a computational model to predict the turbulent flow and heat transfer of the steam in the dishwasher,” says Natalie Germann, study author and professor of fluid mechanics at the Technical University of Dortmund in Germany. Using the model, Germann and her co-authors discovered how superheated steam from a nozzle at a high velocity can create shock waves that clean a plate. When the plate reaches 180 degrees Celsius, the heat may inactivate bacteria on the surface within 25 seconds.

The authors determined the strength and position of the shocks, the flow pattern of the steam jet, and the condensation rate that can effectively disinfect dishes. However, this study is just the first of many, and you can’t just grab one of these the next time you’re looking for an upgrade in your kitchen. The single-item model is still in its beginning stages, and more research is needed to see how effective superheated steam is in cleaning plenty of dishes simultaneously.

“We will also expand our investigation from a simple dishwasher prototype with one nozzle to multiple nozzles and multiple plates,” says Germann. “Our upcoming simulations will show that the steam needs much more time to reach all places in a completely filled dishwasher and clean the dishes.”

Since the current study only focused on developing the computational framework and seeing how superheated steam can inactivate bacteria, its ability to remove food debris stuck on the plate has yet to be verified in future research by including food residues in their simulations. Still, the authors believe that steam can easily remove food layers from containers.

Conventional dishwashers running at a temperature of 65 degrees Celsius can effectively kill naturally occurring bacteria on dirty plates, reducing the mean number of microorganism colonies by more than 99 percent. That is significantly better than washing them by hand and drying them with a small towel, which can increase the number of bacteria on the plates seven times over. However, the efficacy of a superheated steam dishwasher in killing bacteria is an advantage. The technology may even be used in hospitals, restaurants, nursing homes, and other professional environments where high cleanliness and bacterial safety are essential, says Germann.

Further research into the capabilities of a superheated steam dishwasher may be worth exploring. “Since dishwashers are initially more expensive to purchase, it’s important for consumers to know that this will pay off over time through increased dishwasher efficiency,” says Germann. “In addition, sustainability is a big issue these days, and new technologies that help conserve limited resources like water and energy are in high demand.”

For now, you can stick to traditional hand-washing and conventional dishwashers. Still, the future may hold an eco-friendlier, steamier, and futuristic way to clean up after dinner.