The US stinks at composting. Here’s how we can change that.

'It needs to be as convenient as trash to set up.' 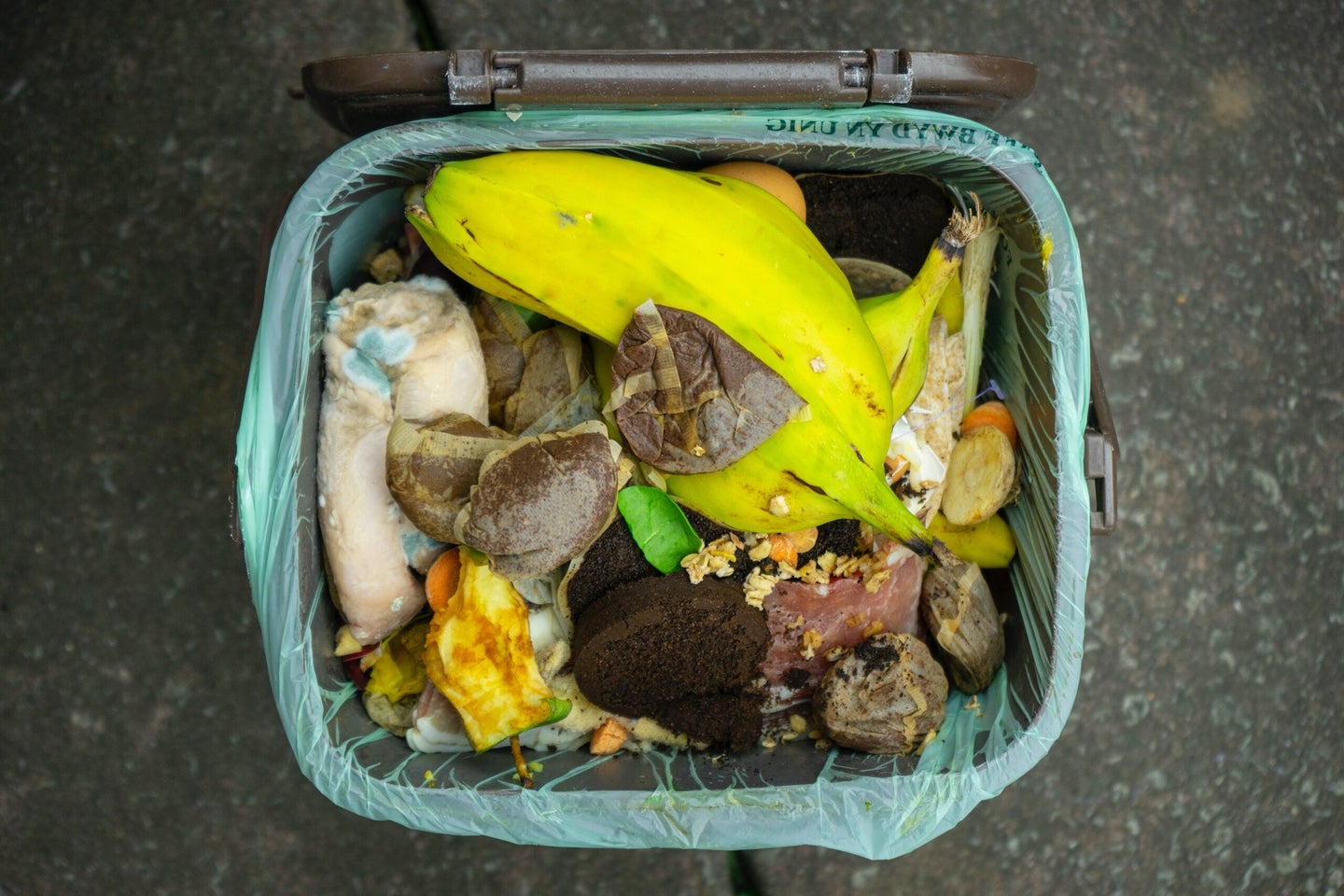 Food waste can even be profitable for some communities. Pexels
SHARE

Food waste isn’t just a problem for your wallet. Every time you scrape some scraps into the garbage to later drag to the curb for trash day, those uneaten morsels are likely destined for a landfill. Once at the landfill, the scraps significantly contribute to the climate crisis.

That’s because in a landfill, the scraps don’t just decompose and cycle back into the food web (and even then, biodegradable food left outside won’t necessarily degrade quickly, either). Piling up among our discarded goods and packaging, the scraps eventually begin to go through decomposition.

But when scraps decompose anaerobically, the process creates methane. That’s the same potent greenhouse gas emitted through activities as varied as cow burps and farts to fossil fuel industry operations that the Intergovernmental Panel on Climate Change warns in its latest report is exponentially more heat-trapping than carbon dioxide.

The US Environmental Protection Agency says in a recent report that there isn’t a “single agreed-upon comprehensive estimate” of food loss and waste in the US. Nevertheless, the agency says that existing assessments suggest that around 35 percent of the entire country’s food supply is wasted, with half of that occurring at home or in the hands of a food service provider.

“Municipal solid waste landfills accounted for 15 percent of US methane emissions in 2019, making them the third largest source,” the nonprofit notes in a blog post. “And it turns out that food waste is the number one most prevalent material in our landfills — EPA estimates that in 2018, food scraps accounted for 24 percent of material sent to landfill.”

[Related: Anyone can compost their food waste (and everyone should.)]

Yet relatively few food scraps are composted; in 2018, just around four percent of wasted food was composted in the US, according to the EPA. So how do we get more Americans to compost?

Vermont bans food scraps from entering its waste stream (although compliance is voluntary). Washington state recently tightened its food waste reduction goal and codified new policies, like new package labeling standards, to get closer to target. And while the US Composting Council, an industry trade group, says there are a handful of other states that have outright bans or “aggressive legislation” around food scraps, observers say they won’t be alone for long.

“You’re seeing a lot of legislation coming out on a state-by-state level that restricts the use of or restricts food waste going to landfills, and therefore the food needs to be composted,” says Lauren Gropper, the founder and chief executive of Repurpose, a compostable products company. “There’s going to be a lot more legislation happening in the next, I would say, three to five years regarding what happens with where our food goes and requirements around composting.”

Because waste management plans are typically developed at the local level, the onus will be on the states to fund municipal measures to realistically implement any food waste minimization standards, she says.

But Frank Franciosi, executive director of the US Composting Council, says his organization wants to see more federal funding for composting infrastructure.

“The back of the envelope number that I’ve figured out is, we need somewhere between 800 and 1000 [composting] facilities that would handle … 50,000 tons of both food waste and yard waste combined,” he says. “That would be about a $2 billion investment.”

The communications team of the US Environmental Protection Agency told Popular Science that the agency “does not have dedicated funding amounts specific to food scrap collection or composting” and instead rolls any related funding within its “overall waste management/waste minimization budget.”

The US Department of Agriculture didn’t respond to a request for such figures.

Tailor your programs and messaging—and show ’em the money

The environment isn’t always on the top of everyone’s mind, but saving money might. Sending less waste to the dump, and therefore lowering the amount spent on landfilled waste management and new landfills, saves taxpayers money, say compost advocates like Susanne Lee, a sustainable business faculty member focused on food waste reduction strategies at the University of Maine.

In fact, she says, creating compost as a community can displace the need to purchase manure and fertilizer—or even be sold at a profit.

“If you have an end product that has a market value, of course that is going to be saving you money versus trying to take up space in the landfill,” says Lee. She calls composting a potentially “unifying proposition” with the right messaging.

When it comes to municipalities reaching these goals, it’s all about meeting people where they are and speaking their kind of language. For example, a big football community might bring food scrap drop-off bins to tailgating parties to show people how easy collection can be, she suggested.

Making appropriate composting options available to the community will help spur more composting without burdening residents, she added. That could look like curbside collection, consolidated food scrap collection or a combination of offerings. Some communities might even offer vouchers for people to purchase their preferred model or style of compost bins.

[Related: Drug-resistant fungus could be lurking in your compost, but you can reduce the risk.]

“To get people to compost, it needs to be as convenient as trash to set up,” says Brenda Platt, who directs the Institute for Local Self-Reliance’s community composting project.

While population density certainly helps make food scrap collection cheaper per capita, even dispersed, rural towns like in Lee’s state of Maine can find ways to make affordable inroads with their residents. “If you’re a really tiny town that can’t even do consolidated [food scraps] collection, you can support a program where you give home composting [equipment] to everybody and teach everybody how to do a compost pile at home,” she says.

Teach both adults and children

The greatest challenge of reducing food waste and encouraging composting is reminding people of the true value of food, says Lee.

“We forget about the nutrients, we just don’t seem to care about the money,” she says. Lee sees how helping adults connect the dots for where their tax dollars go, the money they spend on wasted food and the environmental benefits of composting can encourage someone to start composting when she hosts community events and teaches people how to do it in a way that works best for them.

For Gropper, something as simple as a well-organized home mailing campaign, that “spells out the problem with food waste” and what people can do can nudge them into getting a bin and collecting their scraps.

It’s also worthwhile to reach out and educate even the youngest citizens of a town. “I think a super important component of making this big shift [toward more composting] is explaining it to the children,” says Lee.

To that end, Lee has been supervising Hannah Mathieu, a University of Maine undergraduate student, who is managing a pilot program aimed at educating local kindergarteners through sixth graders about food waste and composting. Teachers were provided with a series of videos, slideshows, worksheets and hands-on activities to do with their students.

“I was so amazed at how much they were picking up because like some of these topics are kind of complex,” says Mathieu. “They were learning about the actual process of compost and decomposition and just reciting so easily to us how it works. It was really amazing to see how easily they were picking up on the information.”