Groundwater is an incredible resource. It’s time to treat it like one.

Most of our liquid freshwater resources lay underneath us. 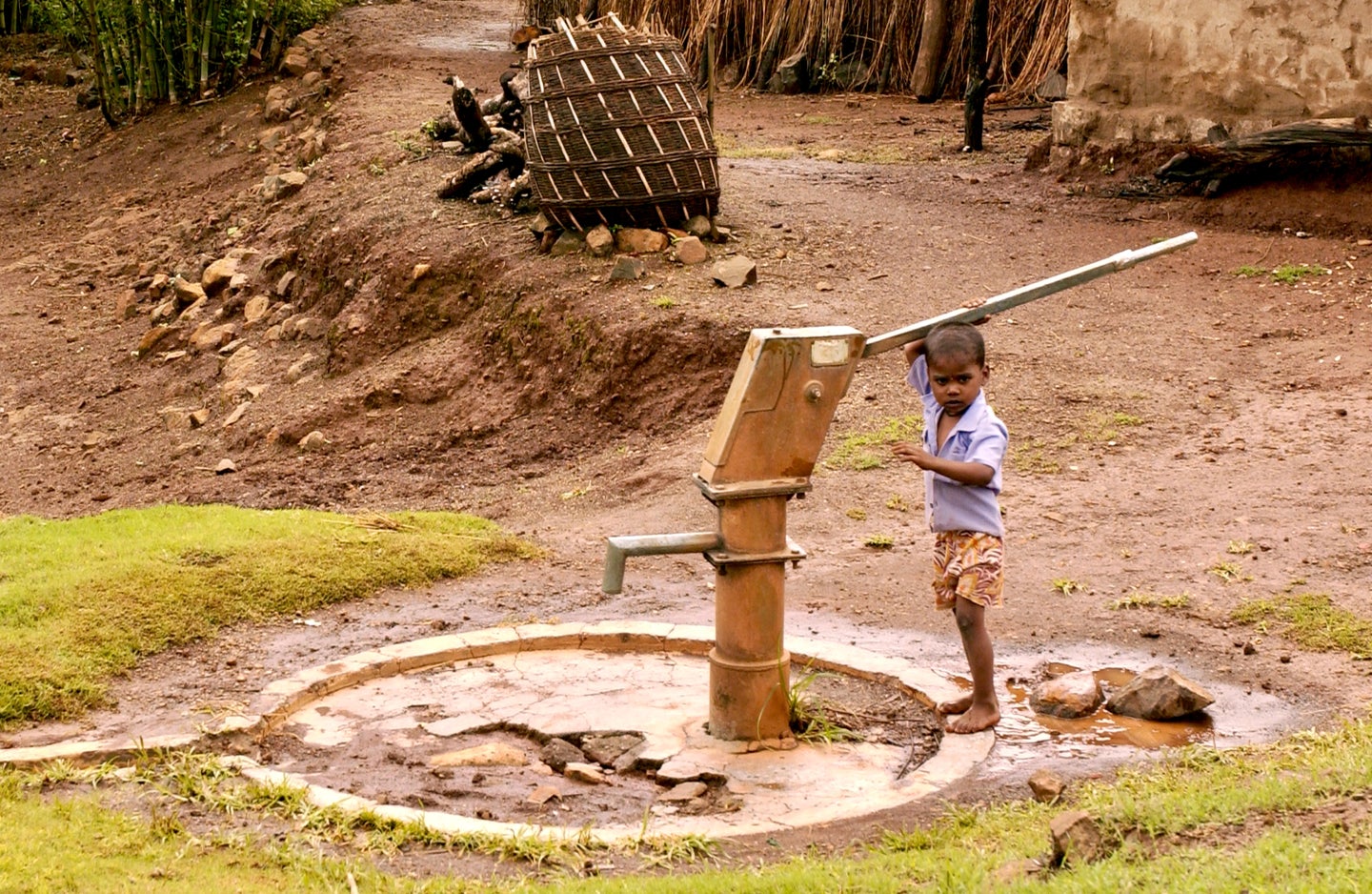 Groundwater is a powerful resource, especially in countries and regions suffering from drought and other disasters. But it needs proper protection and management. bradford zak/Unsplash
SHARE

Off the top of your head, where is the closest freshwater source to you right now? Before you openGoogle Maps to find the nearest lake or river, think about what’s deep beneath your feet.

When it comes to flowing freshwater, most of it is buried out of sight. Around 99 percent of it exists underneath the Earth’s surface, resting in aquifers and groundwater reservoirs.

“If you’re looking at the Great Lakes and the Amazon, plus the Nile, Congo, Mekong rivers … all of these put together only account for one percent of the freshwater available,” says Richard Connor, editor-in-chief of the United Nations World Water Development Report (WWDR). Currently, around 50 percent of the world’s urban populations rely on more-hidden sources of freshwater for drinking, domestic uses, and irrigating crops, according to the UN.

But like with many of the resources humans so desperately need on the planet, groundwater has in many cases been misutilized or mismanaged. For example, California’s horrific droughts have resulted in crucial aquifers drying up, despite laws in place to keep this from happening. Elsewhere, the Murray-Darling Basin in Australia and reserves in South Africa are facing similarly devastating challenges.

A new 246-page report out this week by UNESCO shows just how crucial this resource is—and what needs to be done to protect it.

“Improving the way we use and manage groundwater is an urgent priority if we are to achieve the Sustainable Development Goals (SDGs) by 2030,” Gilbert Houngbo, UN-Water Chair and President of the International Fund for Agricultural Development, writes in the forward of the report.

But before diving into the nuances and problems facing groundwater, it’s important to understand all the ins and outs of the precious resource.

According to Ryan Bailey, an associate professor of civil and environmental engineering at Colorado State University, thinking about groundwater is a lot like thinking about your bank accounts. Easily accessible lakes, reservoirs, and rivers are kind of like a checking account—the levels go up and down pretty quickly, which makes them the first sources to turn to for any water (or purchasing) needs. But groundwater is more like a savings account.

“The problem is that if there’s a prolonged drought, or droughts become more frequent because of climate change, then you’re going to be pulling more and more from your savings account, from your home, from the aquifer,” Bailey says. “And as you do that, it just dwindles. So, there are many aquifers around the world that are experiencing severe depletion.”

But groundwater is more complicated than a banking account because there are two types of underground aquifers: replenishable and non-replenishable (or “fossil”), according to Connor. If replenishable aquifers are kind of like the savings account with interest that you deposit your paycheck in, fossil aquifers are kind of like cash hidden under a mattress. Once you’ve forked over the last of your mattress cash, there’s really no more left and will take years and years to hoard again. Similarly, fossil aquifers, Connor says, make up up to 90 percent of the Earth’s groundwater—but as one 2015 study shows, only 6 percent of the world’s aquifers can be naturally replenished in a 50-year span.

Groundwater replenishment or “recharge” is a relatively straightforward process. Rain, streams, creeks, and even water used for irrigation seeps back into and finds its way to underground aquifers. As the groundwater naturally creeps back up to the surface, it refills lakes and rivers in a process called “discharge.” But as people manually pump more water out of aquifers, the rate of discharge is exceeding the rate of recharge.. This is especially true with climate change causing water on the surface to evaporate more quickly, limiting what can sink back down into aquifers.

And while humans might draw lines to split up resources, nature doesn’t follow the same boundaries. So if one group overdraws from an aquifer, they might end up depleting the resources of a farm or community that relies on the same reserve.

The next step after understanding how groundwater works is to figure out the best ways to use it, particularly in the parts of the world that desperately need it. The key here is to know exactly what the hydrology of the aquifers are, be aware of who is pumping them (and how much they’re pumping), and take equity into consideration, Connor says.

[Related: The US is losing some of its biggest freshwater reserves.]

In certain parts of the world, and even different US states, the rules for regulating groundwater vary wildly. For example, in Bailey’s home state of Colorado, groundwater and surface water are treated as the same entity, which means groundwater has the same protections as any public water body. But in places like Texas, Bailey says, you can pretty much pump as much water as you’d like on your property.

Locating groundwater also takes a glut of technology and other resources that developing nations often don’t have. The recent UN report specifically calls on oil and gas companies to publicize any detailed knowledge of groundwater sources deposits they might have “Private companies should disclose relevant data and information concerning subsurface water-related parameters that would improve the assessment and management of groundwater,” the authors write. “For example, geophysical and borehole data acquired during oil and gas exploration could improve knowledge of aquifer extent and parameters.”

But even when countries know where aquifers are located, they need to be given the tools to act responsibly and distribute the resource equitably. For example, in the 1960’s, India started subsidizing groundwater pumping for farmers to amp up agricultural production.  As a result, groundwater reserves in the northern part of the country have been depleted at an unsustainable rate of 19.2 gigatons per year.

As leaders across the globe look for more ways to solve water issues in their communities, aquifers could offer a safety net. (For instance, Sub-Saharan Africa, which is currently plagued by drought and food insecurity, has a healthy, rechargeable groundwater system that can still be tapped.) But for a truly sustainable solution, Connor emphasizes the need to take time to figure out the hydrology of specific aquifers, invest in efficient irrigation technology, and focus on how to share the resource with those who need it most.

“It’s up to national governments to act as custodians of the resource,” he says, “and to ensure that access, use, and especially profit from the resource are shared equitably.”