The Future of Energy: A Realist’s Roadmap to 2050

Which technologies will finally free us from oil? 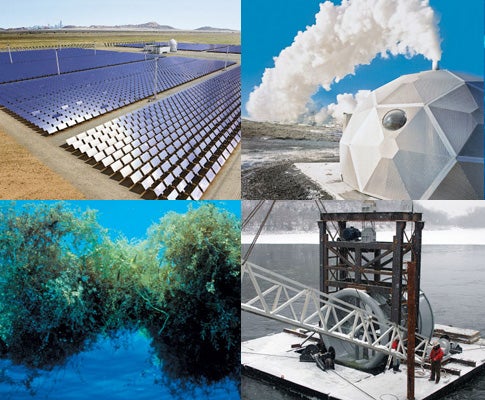 This December, when representatives from 170 countries meet at the United Nations climate talks in Copenhagen to replace the expiring Kyoto climate treaty, the smart money predicts unprecedented collaboration. American political change coupled with spiking carbon dioxide levels could inspire a communal project on a scale not seen since World War II. A consensus, backed by science, is emerging among the international community that by 2050 we need to reduce emissions of C02, methane and other greenhouse gases to approximately 80 percent lower than they were in 1990.

It will mean a wholesale reinvention of the global energy economy; anything less could result in catastrophe. Here’s how we’ll get there.

To reach this goal will require a two-pronged approach. First, we have to get serious about the small stuff: better insulation, tossing the incandescent lightbulbs and, yes, inflating our tires all the way. Second, we need to scale up every low-carbon energy source we have — wind, solar, nuclear — pretty much immediately. Our realist’s road map to 2050 shows how we get there:

Harnessing the terrawatts of energy we get from the sun

Turbines to take root in the sea

Energy from the Earth’s core comes to the surface

Carbon-capture technology comes on the scene

Even if we tap every renewable power source available, it won’t mean a thing without a final, crucial step: reinventing the grid