No monarchists were harmed in the making of this video 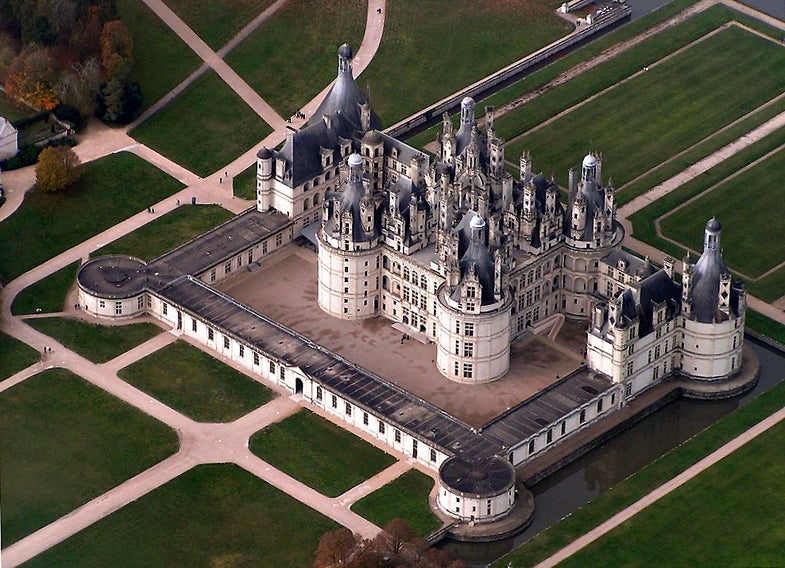 Paris is flooding. The river Seine is the fourth-highest it’s been in a century, with the water threatening to rise as high as 21 feet. The river winds through Paris, and it threatens life, limb, and history itself. Already museums are moving precious works to higher ground, and the storm causing the flooding has killed over a dozen across Europe.

It’s hard to comprehend exactly what it’s like on the scale of a full city. Here, instead, is a focus on a much smaller slice of the disaster. Château de Chambord, a country estate built for King Francis I, is partially underwater. This is a towering complex, whose shape echoes a castle’s form but lacks all the functionality of carefully considered military defenses.

In a drone-shot video, the reach of the flood is clear. The moat is no longer visible, as the watery trench is more than over-full. The river is at the walls, and it threatens to go further, with the estate grounds crawling their way out from under the new and shifting river banks.

Watch the water meet the château below: