A veteran of costume contests, attorney Greg Adler outdid himself with the eight-foot costume of Bumblebee from the movie Transformers... 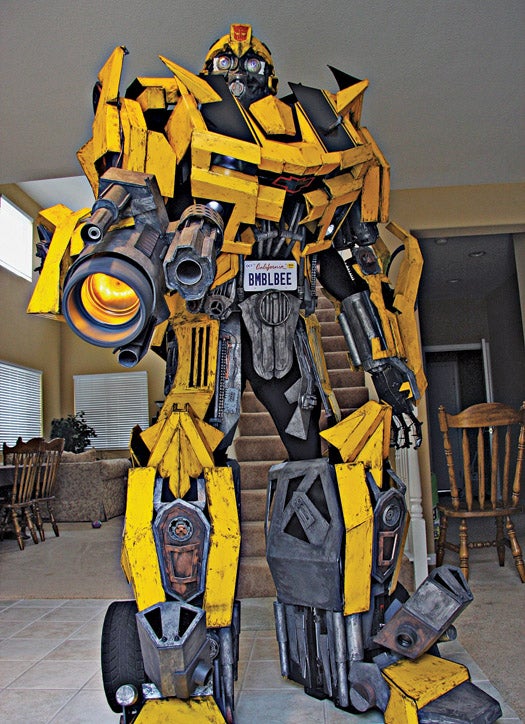 A veteran of costume contests, attorney Greg Adler outdid himself with the eight-foot costume of Bumblebee from the movie Transformers that he built to win the $7,500 prize in a contest in Las Vegas last Halloween. Adler constructed a wooden skeleton over a hiking backpack frame to support the torso, and used mailing and carpet tubes on wooden frames for the arms. The head rests on a bike helmet that sits on Adler’s head. To replicate the cinematic Transformer’s blue eyes, he placed the gems from novelty rings and lights wired to a battery pack inside clear spherical Christmas ornaments. Bumblebee’s cannon spins and lights up, thanks to a modified drill rigged to an LED array and switches inside the arm.

The toughest component was the legs, which needed to be flexible and sturdy enough for Adler to walk safely. He bought drywall stilts on eBay, reinforced them with wood, and placed hinges on the ankles and feet to allow for a range of walking motions. To finish off the look, he hand-cut pieces of the armor plating from foam board, coated some of them in vinyl appliqué, and painted them. He even added scratches and blemishes to show a Bumblebee hardened by battle. 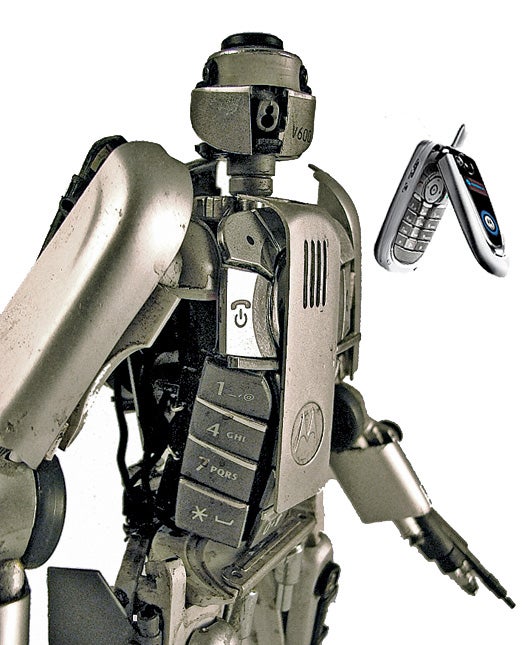 After seeing the movie scene where a cellphone changes into a Decepticon, Pete Fielding, the owner of a model-making company, built his own seven-inch version of the robot out of an old Motorola V600. He cut pieces of metal from the phone to serve as the armor plating and used one side of the flip-phone’s base as hips and the other as the shoulders. For the torso, he lashed the rubber keypad around a spine made from washers threaded over a bolt. Hollowed-out hands-free headphones make up the elbows, and the crank from a broken camera enables the head to spin. 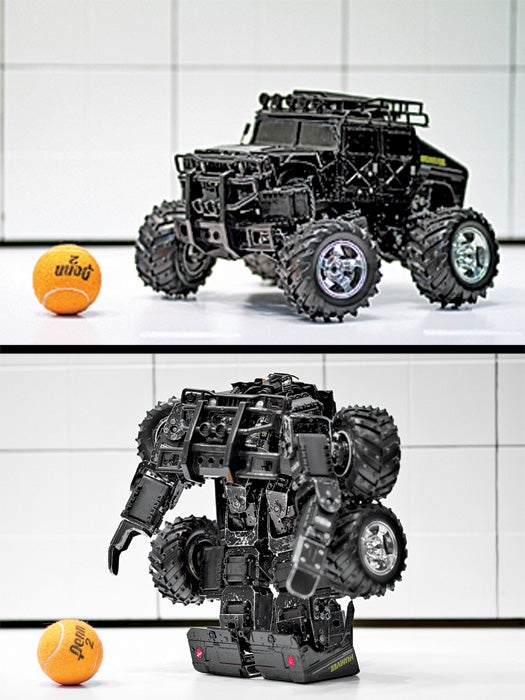 Jeakweon Han built a toy Humvee that transforms into a dancing robot as a way of bolstering his candidacy for the Ph.D. program at Virginia Tech’s robotics lab. He first mounted the frame of a remote-control Humvee on top of the customizable Robotis “Bioloid” robot kit. Using a 3-D CAD simulation, he figured out how to cut the vehicle body into four parts that wouldn’t interfere with one another or the frame when transforming. All Han’s hard work paid off—he was accepted to Virginia Tech, and the dancing robot became a favorite on YouTube.