No More GPS Voice: Haptic Steering Wheel Buzzes to Give You Directions

GPS devices are great, but sometimes I want to throw mine out the window. There’s something so obnoxious about the... 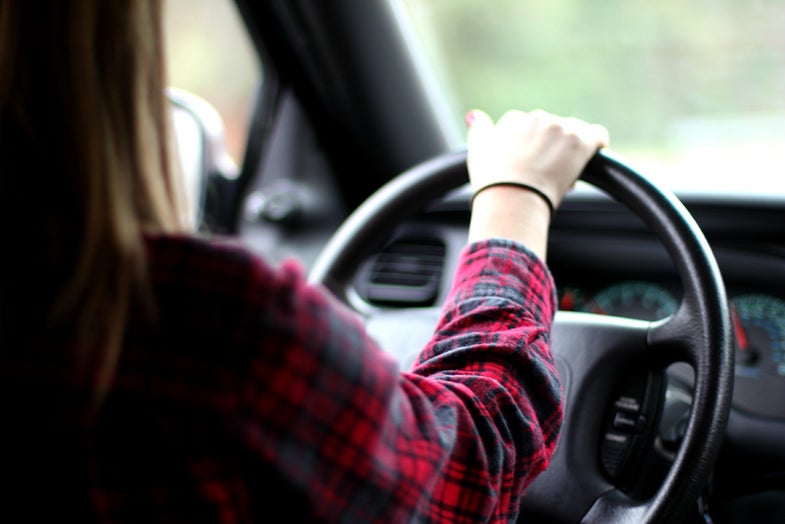 GPS devices are great, but sometimes I want to throw mine out the window. There’s something so obnoxious about the Garmin voice, especially when you disregard its navigation choice and it tells you it’s “reCALCulating” in that disapproving tone. A new haptic steering wheel concept would be so much friendlier! Instead of smarmy commentary, the wheel simply vibrates to tell you which way to turn.

AT&T Labs designed a prototype device, described in more detail at Technology Review, with 20 actuators that can buzz in any pattern. A clockwise pattern means “turn right,” counterclockwise means “turn left,” and so on. The device could also be programmed to let drivers know about other road conditions, like when someone is in a car’s blind spot.

In a study with Carnegie Mellon University, AT&T found the system decreased driver distraction by 3 to 4 percent, depending on the age groups involved.

We’ve seen similar concepts before, including this design from the University of Utah that uses IBM TrackPoint caps to nudge a driver’s fingers in the right direction. The AT&T system envisions a holistic system rather than an attachment; a pattern of vibration could conceivably be more effective than a single touch interface. The research will be presented at a conference in June, Tech Review says.

Distracted driving is a major cause of death on the roadways in this country, even prompting the National Transportation Safety Board to recommend a ban on driver use of portable electronic devices. While a haptic steering wheel won’t prevent people from having cell phone conversations, it would help keep drivers’ eyes on the road rather than on their GPS devices. And it could lessen their annoyance, too.