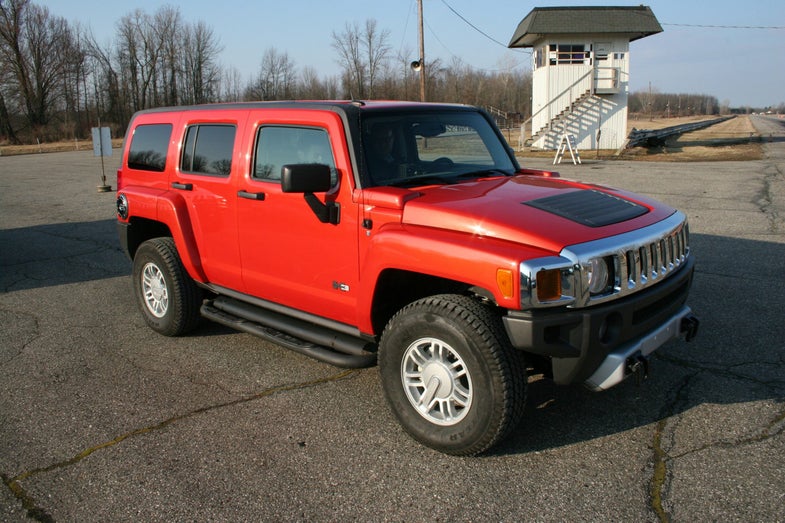 An electric Humvee may still sound like fingernails on a chalkboard to environmentalists, but the company developing a plug-in Hummer H3e claims its green version can get 100 mpg on average. And what’s a little boasting without taking a shot at the competition?

Raser Technologies calls its revamped Hummer a “Prius-Stomping Green Machine,” based on an E-REV powertrain that supposedly enables large vehicles to drive the first 40 miles in all-electric mode. The company calculates that a typical driver who goes 65 miles per day would average about 100 mpg, and that driving over 200 miles per day would still get about double the fuel economy of a regular Hummer.

The electric Humvee developer has also not hesitated to join the crowd questioning Chevrolet’s claim of 230 mpg for the upcoming Chevy Volt hybrid. Fast Company reports that Raser claims a Hummer would get 190 mpg in city driving conditions, based on the same methodology used to calculate the Volt’s fuel economy.

PopSci took the Volt for a test drive back in May, and found it to be a sweet ride. But we’ll admit to a certain admiration for improving even the hungriest of gas guzzlers, assuming that all the claims about the electric Hummer bear out. One of PopSci‘s previous “Invention Award” winners looked to draw power from shock absorbers on the military-grade Hummer H1, with backing from Humvee manufacturer AM General.