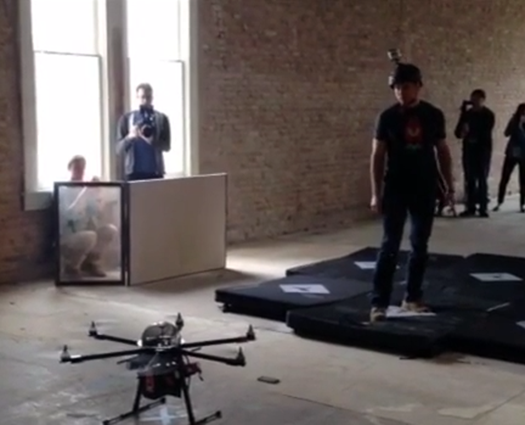 Chaotic Moon Studios, a startup making, uh, about anything you can think of, invited me to their Austin offices today during South By Southwest to check out a live demonstration of a stun gun-loaded drone. Obviously, I came.

The gentleman here is an intern named Jackson, who is the most fearless person I have ever encountered. He got stunned like a pro.

The drone, Chaotic Moon says, could be used to incapacitate criminals. It’s menacing enough already, but maybe we could put a police siren on it one day, just to get the full effect.