Robots Morph From Solid To Squishy

A low-cost material could allow robots to easily shift between fluid and rigid states. 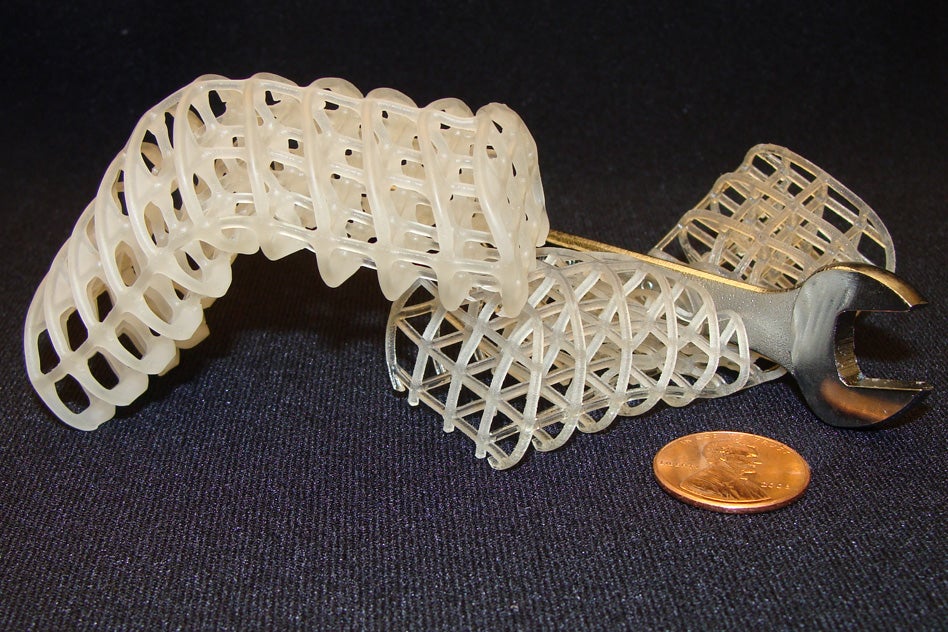 Well it looks like science has brought us another step towards a real-life Skynet and the destruction of mankind. Researchers led by MIT’s Anette Hosoi have developed a low-cost phase-changing material that could be used to allow robots to shift between soft and hard states – just like the T-1000 did in the movie Terminator 2. Robots made of this material could change from rigid, solid shapes into fluid, squishy objects capable of moving around easily.

The material could potentially spawn robots with all kinds of new functions, such as surgical robots that could slither through the body without damaging vital organs or vessels, or search-and-rescue robots that navigate safely through collapsed structures and rubble.

The biggest surprise, however, is how inexpensive and simple it is to construct this material. It’s cheap polyurethane foam soaked in a wax bath – things commonly found in a craft store. The researchers ran a wire along the edges of the 3D-printed structure and induced a current to apply heat. Through the flick of a switch, the structure gets hot and turns soft like jelly. Turning the current off cools it down and lets the material get rigid again.

Through selective deformation of parts of the structure, the researchers demonstrated how to create joints in the structure, which could allow a robot to crawl and squeeze into tight spaces like a mouse or octopus.

And for what might be the most intriguing (and alarming) aspect, the material, like the T-1000, can repair itself to a certain extent. “This material is self-healing,” Hosoi tells MIT News. “So if you push it too far and fracture the [wax] coating, you can heat it and then cool it, and the structure returns to its original configuration.”

The research, published in the latest issue of Macromolecular Materials and Engineering, was done in collaboration with the Max Planck Institute and Stony Brook University.