This Netflix Hack Pauses Your Movie When You Fall Asleep

Nothing is more nightmarish than trying to figure out where you left off on an episode. No longer will we live in fear. 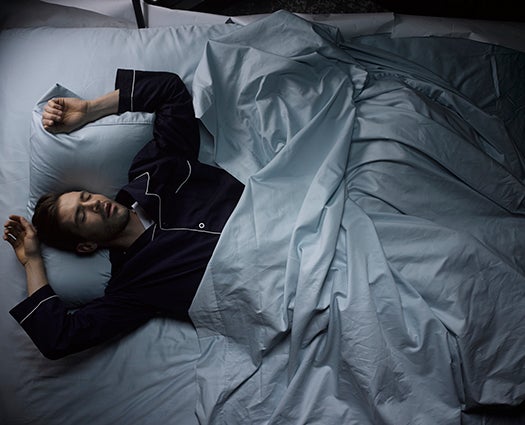 It happens to everyone. You told yourself just one more House of Cards episode before you hit the sack. It’s already 3:42 a.m. but you need to find out whether Francis Underwood will get away with his devious behavior. The episode starts just as your eyes begin to droop and your head sways forward–suddenly you’re awake in a puddle of your own drool and contorted in the most uncomfortable couch position possible, the sun peeking through the blinds. What time is it? But more importantly, Where did I leave off in the episode I was watching?

The Sleep Tracker hack will forever solve this strife. Coming out of the February 2014 Netflix Hack Day, the Sleep Tracker uses data from a Fitbit to help return you to the moment you dozed off. The wearable technology registers data to its API that can be accessed by connected devices. When a Netflix user falls asleep, the streaming service would then fade audio and activate on-screen prompts (“Looks like you fell asleep!”) for when the person wakes up.

Now if the user wants to find out what happened during the programming they fell asleep during, either the next morning or some time later, the prompts would let them return to the point in the episode or movie when the descent into slumberland occurred. Voilà, no more frustrating fast-forwarding to the point or rewinding through scenes that might contain spoilers.

Unfortunately, this hack may never be available to the public. It was part of an internal hackathon, where developers build things that won’t necessarily become real things. But we can all dream, right?