Engineering The Ideal Olympian: The Games Of Risk

Athletes are all too familiar with injuries. 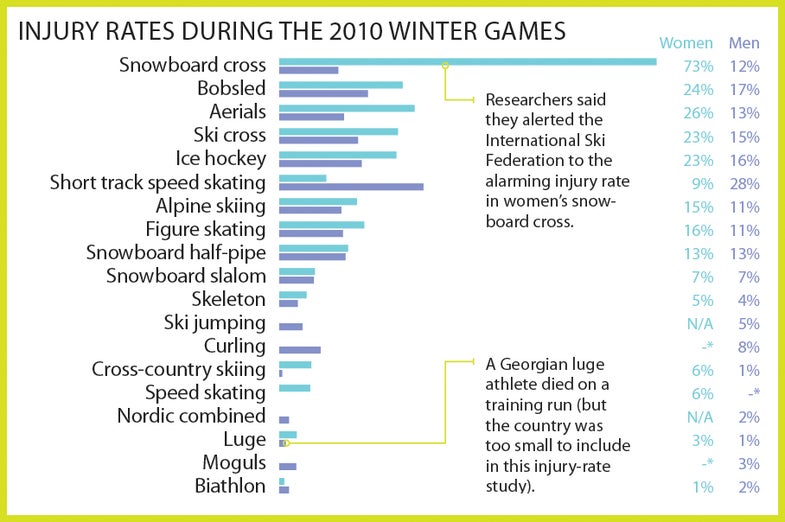 The 2010 Winter Olympics had the same overall injury rate as the Summer Olympics in 2012—for both, it was about 11 percent. But Torbjorn Soligard, an officer at the medical and scientific department of the International Olympic Committee, says severe acute injuries (such as torn ligaments) are more common in the Winter Games because so many of the events involve high speeds. Once scientists target frequent injuries, new safety tools can help mitigate the risks. 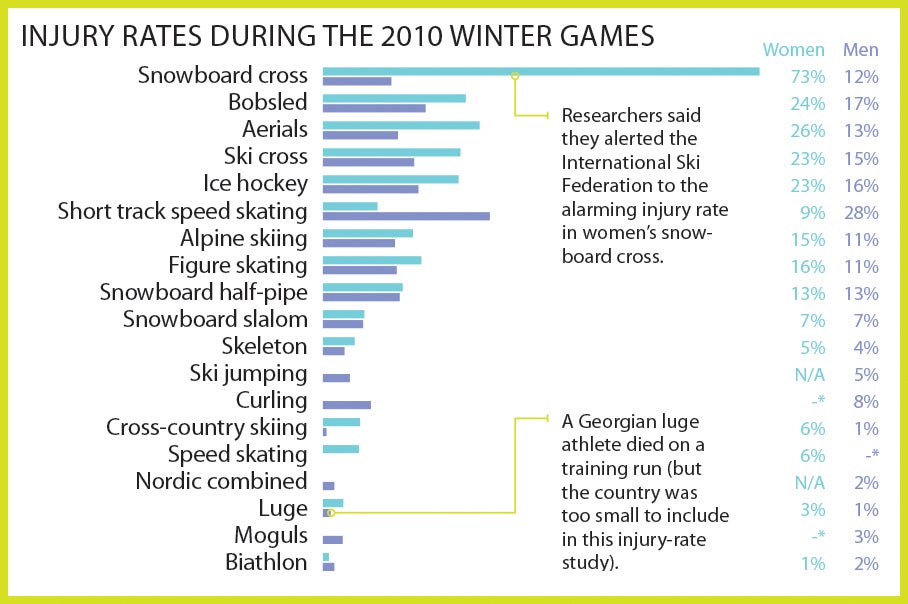 *Injuries for sport not reported.

Crashes in sliding events, such as bobsled and luge, can end in concussions or worse. The U.S. bobsled team has been working to incorporate Kevlar padding from Unequal Technologies, which makes protective gear for the military and NFL, into athletes’ helmets and suits.

Lacerations from skates were among the most common injuries in short-track speedskating before 2002, when suits that integrated materials like Kevlar became mandatory. In 2012, U.S. Speedskating began requiring skaters to wear cut-resistant neck guards as well.

Freestyle snowboarders and skiers are also at risk for serious head injuries, and a few athletes have died, including Canadian half-pipe skier Sarah Burke in 2012. U.S. snowboarders now train with giant air bags so that they can try new tricks without fear of serious wipeouts.

Safety netting surrounds alpine courses, but crashes can still cause severe injury. In 2012, top skiers, including Norway’s Aksel Lund Svindal, began testing a wearable air-bag system made by Italian company Dainese. Sensors in a skier’s back guard signal it to deploy during a crash.