Science is allowing skiers to refine their form. 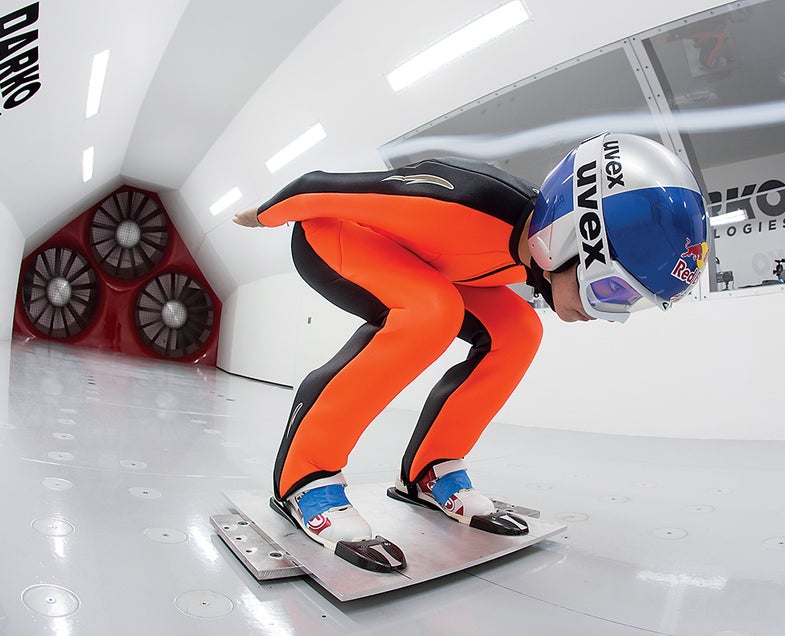 Sarah Hendrickson hones her “in-run” position—her form as she approaches the jump—in a wind tunnel. This year, women will be competing in Olympic ski jump for the first time. Nate Christenson/Red Bull Content Pool
SHARE 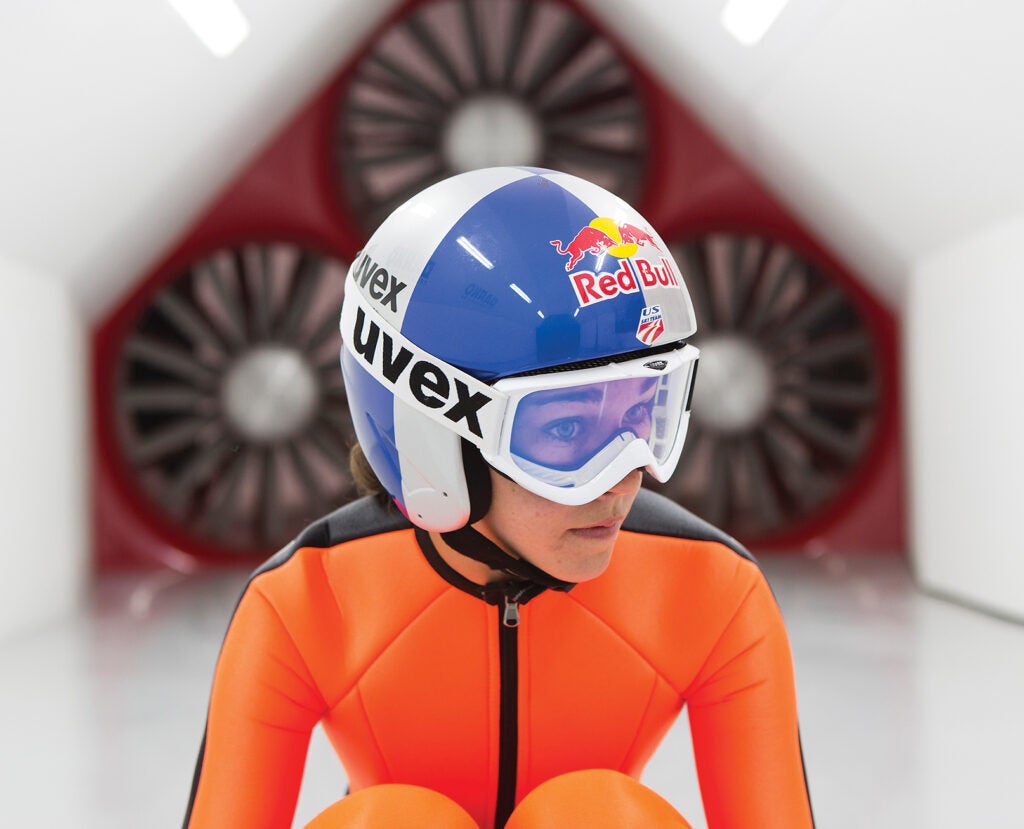 Though it may seem like an eternity, ski jumpers typically spend just a few seconds in the air. To refine their form at various air speeds and temperatures, jumpers can use a wind tunnel—if they have access to one. Such facilities are scarce and expensive, and so were a rare luxury for U.S. team members before last year.

In May, Darko Technologies finished construction of a wind tunnel near the team’s base in Utah. The tunnel is primarily used for vehicles racing at the nearby Bonneville Salt Flats, but Alan Alborn, head coach of the women’s ski-jumping team, adapted it for his athletes by adding an elevated stand with ski bindings. Darko then custom built a device that projects lift and drag data onto the floor so that ski jumpers can evaluate it in real time. Skiers use the data to adjust their form and then practice it on outdoor ski jumps an hour away. “The close location means we get to use it more,” says Alborn, “and we’ve already seen dramatic effects on performance.” 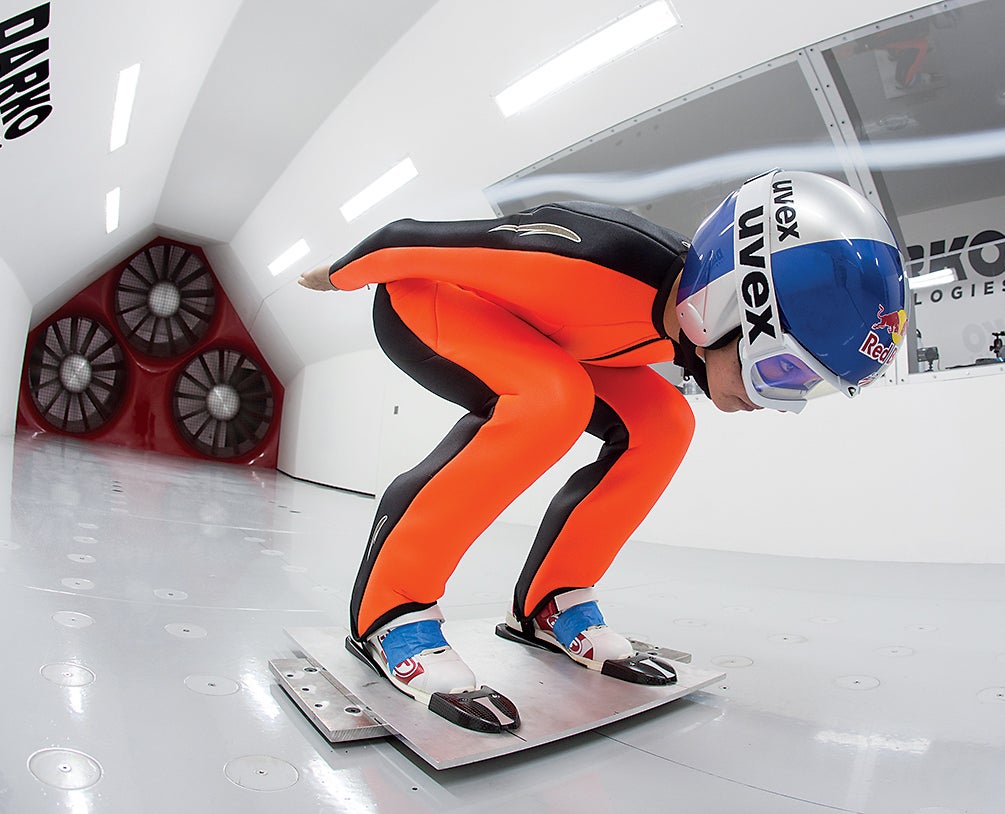 Sarah Hendrickson hones her “in-run” position—her form as she approaches the jump—in a wind tunnel. This year, women will be competing in Olympic ski jump for the first time.