Big Pic: A Bright Flash From The Sun

A mid-level burst of radiation looks like a twinkle in the sun's eye. 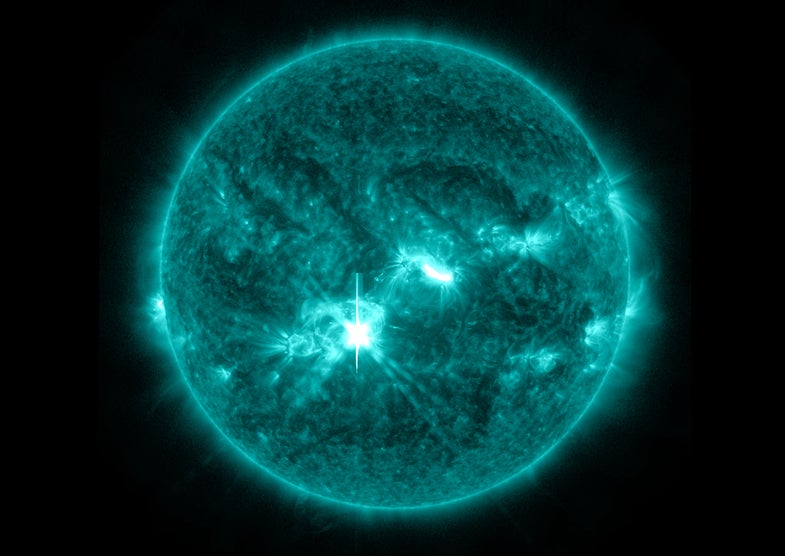 At 8:30 p.m. Eastern time yesterday, a solar flare peaked on the surface of the sun, emitting an intense burst of radiation. NASA’s Solar Dynamics Observatory captured the M9.4-class event at a wavelength of 131 Angstroms in order to see the bright flash of heat, giving the image its teal hue.

M-class flares can cause some space weather effects on Earth, like disrupting radio signals. Anything more intense than an M9.9 flare becomes an X-class, the highest category. The sun is currently undergoing a solar maximum, a peak of activity that occurs about every 11 years, making solar flares like this more likely. Not so good for satellite communications, but great for desktop backgrounds.